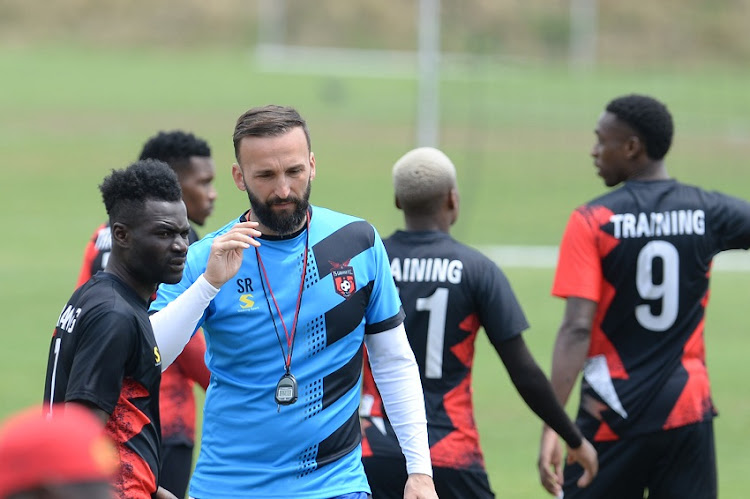 On what was a dramatic final day at the bottom of the table, TS Galaxy came out on top. At one stage they found themselves in the PSL playoffs position but eventually sealed their place in SA’s top flight in stoppage time thanks to a goal by Given Msimango.

Ramovic took over the reins at TS Galaxy in October when the team was bottom of the table.

“When I took over, the team had no structure, no tactical knowledge. We showed the guys what’s important,” said Ramovic.

“The spirit, the fight they showed was unbelievable. I don’t believe many teams would have come back after picking up two points after eight games. It was almost impossible to stay in the league but we kept going. In the end dedication and hard work brought us success.

“I’m happy we are safe, it’s a beautiful thing. When I came in October, I saw the team was falling apart and to save the team in the league... I have to give a lot of credit to my coaching staff. All the credit goes to my players. A big thank you to the chairman for giving me the opportunity to show my quality. I’m happy I did great with TS Galaxy,” said the young German coach.

Now that the season’s mission has been accomplished, Ramovic will start plotting for the next season, skipping a vacation.

While he’s optimistic that they will win the play-offs and remain in the Premiership, Swallows coach Dylan Kerr feels the club’s off-field chaos ...
Sport
1 month ago

Baroka FC have been relegated from the DStv Premiership after their 1-0 defeat to Maritzburg United at Harry Gwala Stadium in Pietermaritzburg on ...
Sport
1 month ago
Next Article