Klopp believes title race is still not over for Liverpool 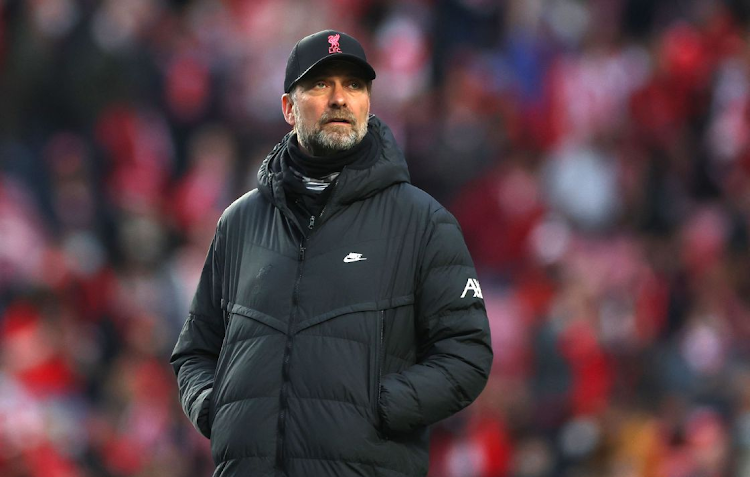 Liverpool may be three points behind league leaders Manchester City in the Premier League with three games to go but manager Juergen Klopp said on Monday he does not believe the title race is done and dusted.

A 1-1 home draw against Tottenham Hotspur over the weekend set Liverpool back after City beat Newcastle United and Klopp was asked if he reportedly told his players the title race was over.

“I live in Liverpool. Here a lot of people want us to win the league that's for sure. But even here it's probably only 50%,” Klopp said.

“As a manager I had this experience recently, we are obviously influenced by the game, the situation.

“I have said things, but would I say it again? No. I said Tottenham play how they play but are still only fifth. It felt good at the moment, but it is probably wrong.”

Klopp confirmed Brazilian forward Roberto Firmino was getting “closer and closer” to a return from a foot injury, adding that it was a challenge to pick a team at the end of a gruelling season.

“But the medical department makes it easier sometimes. We will see,” Klopp said. “Bobby Firmino has trained so it is a decision for tomorrow.”

“I'm not sure I said that because I think it's obvious. It's clear it is not over, whatever happened,” Klopp said ahead of Tuesday's league game away at Aston Villa.

“We have three games to play and my concern is how we can win our three games and I have no say in how City can win theirs. We don't stop believing, that's what we do.

“As human beings it's really cool that we can decide for ourselves how we see it. There are facts but we are allowed to ignore them. I try to help the boys see [the situation] like me.”

City boss Pep Guardiola had said “everyone in the country” was supporting Liverpool in the title race but Klopp laughed it off as a manager saying things in the heat of the moment.