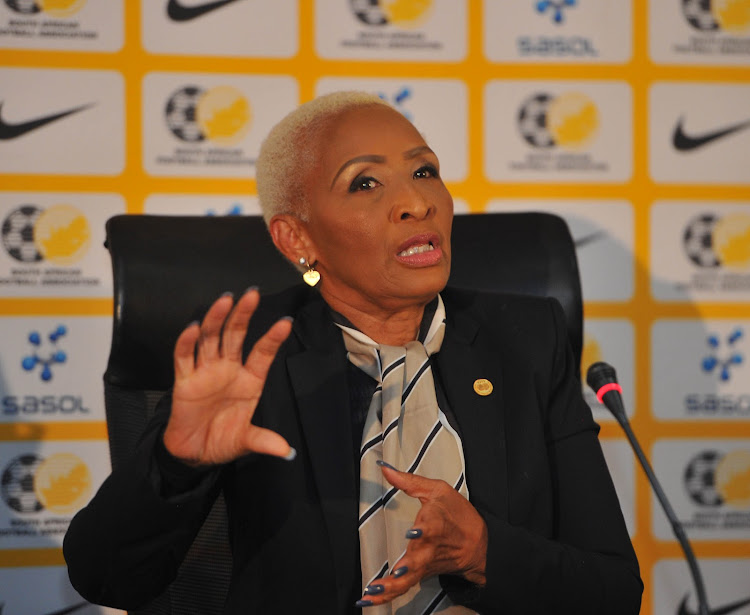 Despite the risk she may be disqualified from the race to challenge incumbent Danny Jordaan for the SA Football Association (Safa) presidential elections, Ria Ledwaba appears set to go ahead and launch her campaign on Tuesday.

A media alert from her campaign team this week said the veteran administrator is scheduled to have a press conference in Johannesburg to accept her nomination as Safa’s presidential candidate.

But there is a spanner in the works after a letter sent out by Safa CEO Tebogo Motlanthe on Friday to the association's national executive (NEC) members, regions, special member (the National Soccer League) and associate members.

In the letter, Motlanthe states that people who have been nominated cannot present themselves to the public before the final list of nominees has been approved by the governance committee.

“On April 19, we received all nominations for positions of president, the national list and provincial list for the elective congress to be held on June 25,” Motlanthe’s letter stated.

“On April 26, Safa introduced the governance committee to SA and the list of nominated persons was handed over to the committee to verify, validate and process as per the statutory regulations.

“The governance committee, upon the completion of the process outlined above, will forward the final list of the approved candidates to the CEO’s office.

“We therefore reaffirm the position that no nominated person must present himself or herself as a candidate in the public prior to the governance committee having finalised their work and handed the final approved list to the CEO’s office. The CEO will then make the list public,” concluded the letter.

Asked for comment on whether she is going ahead with her press conference on Tuesday, Ledwaba referred questions to campaign team member Thabo Sephuma who did not want to comment.

“No comment to the letter,” was Sephuma’s short response.

As things stand, there are two other candidates in former vice-president Nomsa Mahlangu and the outspoken Ngoako “Solly” Mohlabeng of Safa Tshwane who have been nominated by Safa members to take on Jordaan.

The recently appointed governance committee’s task is to screen all the nominated candidates to ensure that they tick all the eligibility boxes and they will only be able to stand for elections once they have been vetted.

Jordaan, who is running for his third term as president of the association, rose to the top echelons in 2014 when he defeated former vice-president Mandla “Shoes” Mazibuko by a landslide.

For his second term, he stood unopposed when retired referee Andile “Ace” Ncobo withdrew on the morning of the elections.

The biggest challenge for Safa is to revive the fortunes of their flagship team Bafana Bafana with the senior national side having failed to qualify for the Fifa World Cup since 2002.

They played in the World Cup in 2010 in SA by virtue of being hosts and went on to fail to qualify for the 2014 edition in Brazil, the 2018 tournament in Russia and also for this year’s spectacle in Qatar.

They have blown hot and cold in the Africa Cup of Nations, missing this year’s event in Cameroon, which was won by Senegal after beating Egypt via penalty kicks.