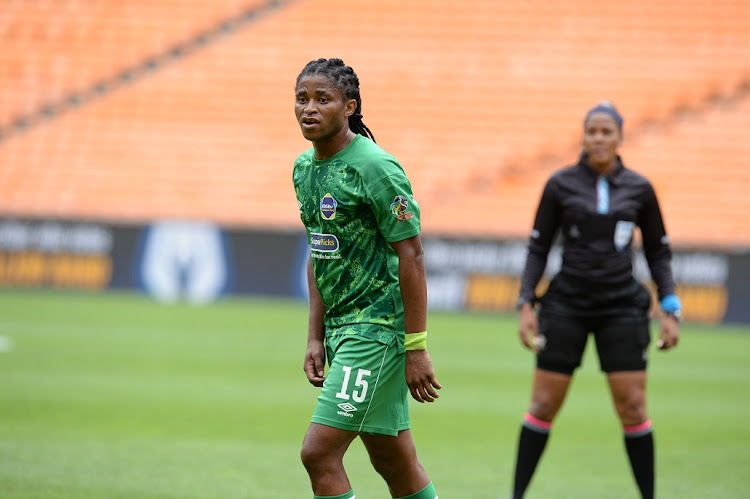 Siyethemba Sithebe has at least been allowed to continue training with the AmaZulu senior squad, even though the club has indicated the midfielder will not feature in a match again in 2021-22, having signed a precontract to join Kaizer Chiefs.

Sithebe’s intermediary — uncle Musa Sithebe, who is an attorney in Durban — has confirmed that the Newcastle-born player has not been barred from training with Benni McCarthy’s senior squad.

McCarthy had at one stage said he hoped to still play Sithebe, 29, in the remainder of the season, even though that might be tricky as any coach needs to begin blooding the players who will replace any performer on his way out to another team.

Last week McCarthy said he had acceded to his chairperson, Sandile Zungu, and board’s directive that Sithebe will not kick a ball in anger again for Usuthu.

Musa Sithebe conceded that at least Sithebe has been allowed to continue training at AmaZulu, though said he was still disappointed that the dreadlocked midfielder would not be allowed to play.

“Yes, that’s correct, Siyethemba has confirmed he is still training with the team. At some stage the coach wanted to include him in the [playing] squad but because of the issues he could not,” Musa Sithebe said.

It was put to Musa Sithebe that at least AmaZulu have not sent Sithebe to train alone, as some clubs might have, so were being fair in that respect.

“I guess so, even though I share a different view on that,” he said.

“At some stage I really didn’t want to talk about the AmaZulu and Siyethemba issue in the media again,” he said, “but it’s just that it’s a sad situation.

“Because players are allowed to negotiate on fair grounds in respect of their new contracts, as he negotiated with Chiefs he also opened negotiations with AmaZulu. It was all open.”

Musa Sithebe said the rules allow for players to open negotiations with other clubs when they have six months left on their contracts, to ensure they do not get stuck without employment.

“So I’m disappointed with the situation and the manner it in which it culminated,” he said.

He said Siyethemba Sithebe can be disadvantaged going to a competitive environment of a big club having not kicked a ball competitively for six months.

Musa Sithebe added, though: “He’s had that situation before, even though in that instance it was because of an injury.

“He had that when he joined AmaZulu from Mbombela United [in July 2015]. And that was also a big step up in his career.”

While Musa Sithebe insists the transfer talks with Chiefs were all above board, reports have been that AmaZulu have investigated the deal, and claim to have turned up evidence of impropriety.

AmaZulu FC coach Benni McCarthy has admitted the club could have handled Siyathemba Sithebe’s contractual issues better and well in advance before he ...
Sport
6 months ago

Versatile former Cape Town City and Orlando Pirates player Abbubaker Mobara, 27, has been identified by AmaZulu FC coach Benni McCarthy as one who ...
Sport
6 months ago
Next Article