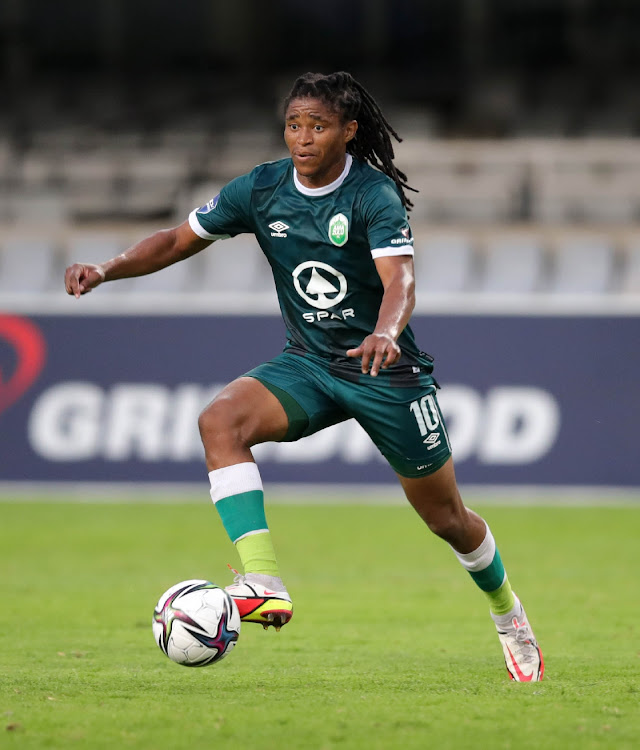 211208F_Dstv_AmaPir_SS Siyethemba Sithebe of AmaZulu FC is unlikely to feature again at his club after signing a pre-contract that will see him moving to Kaizer Chiefs at the start of the 2022-2023 season.
Image: Samuel Shivambu/BackpagePix

AmaZulu FC coach Benni McCarthy has admitted the club could have handled Siyathemba Sithebe’s contractual issues better and well in advance before he signed a pre-contract with Kaizer Chiefs, a club the dreadlocked midfielder will join at the start of the 2022-2023 season.

McCarthy was also quick to defend the club, saying they had a number of meetings with the 29-year-old and were surprised they didn’t come to an agreement to extend his contract.

Sithebe’s move to Chiefs was not taken well by Usuthu’s boss Sandile Zungu, who has said “he will never wear the Usuthu jersey” again. Zungu was also not happy with the way Chiefs signed the player, claiming Amakhosi started negotiating with him in December, which would have been unlawful because at that time he still had a contract with Usuthu.

McCarthy, with his immense playing experience in SA and abroad, understood Sithebe’s position better and has not ruled out playing him if he shows  commitment at training in the remaining six months with the Durban club.

The Usuthu coach did admit, however, that Sithebe’s matter should be a lesson for the club and a similar situation must be avoided in the future.

“Most definitely, of course,” McCarthy said of how Sithebe’s contractual negotiations ended.

“But on the other hand, the club has been trying to renew Sithebe’s contract. They had meeting upon meeting and in the end the meetings started to affect me because the player was not playing to the best of his ability because he was going to the meetings and nothing was achieved.

“The player wanted a certain amount, he wanted a specific contract for himself with terms and conditions he wanted. His representatives and the club should have come to common ground to sort the problem.

“Everyone knows when it comes to January and you have six months left on your contract you are within your free right to negotiate a pre-contract with any club.

“The parties didn’t come to an agreement and now the player is the one to suffer because you don’t want a player playing for your club and you think his heart is at his new club. Is he going to give you the best?

“That’s always a problem you create for yourself when you allow this to happen. We’ve done the same in the past and we do it again. Hopefully we’ve learnt from these experiences.”

McCarthy said he was on holiday when he heard Sithebe had signed a pre-contract with Chiefs in January.

“I didn’t know what was going on. I was away on holiday and when I came back I heard Sithebe had signed a pre-contract with Chiefs or whatever. I knew AmaZulu had countless meetings with Sithebe and his representatives about giving him a new contract.

“He was one of the most sought-after players from AmaZulu and the terms(of the new contract were reasonable and good. But obviously the player had other ideas.”

McCarthy insisted the Sithebe matter is not going to distract them from what they need to do on the field in the remaining part of this season, starting with their trip to Moroccan giants Raja Casablanca, who they meet in the first match of Group A in the Caf Champions League on Saturday (9pm).

“The focus at the club is okay,” said McCarthy.

Sithebe, who is still training with AmaZulu, was not in the club’s playing squad when they lost 0-1 to Orlando Pirates in the Nedbank Cup last 32 match at the Orlando Stadium on Sunday.

McCarthy has not ruled out playing Sithebe again, though he admitted it would not be easy as they could be sharpening him for another team.