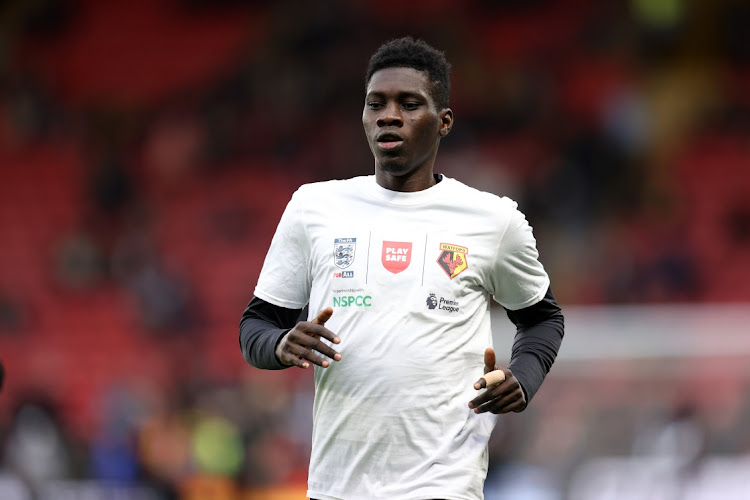 Watford midfielder Ismaila Sarr could yet be able to play for Senegal in the Africa Cup of Nations finals after a 'positive development' in medical checkups on his injured knee, the Senegal Football Federation said yesterday.

Sarr, injured in a Premier League match against Manchester United in November, was reluctantly released by Watford after being called up by his country for the tournament in Cameroon.

"Sarr is currently in Barcelona for previously planned medical check-ups to examine his injury. These reviews have resulted in a positive development," said a statement from the Senegal Football Federation.

"After discussions with his surgeon, the medical staff of Watford and the Senegal Football Federation as well as the player, it was agreed that Sarr follow a rehabilitation programme with a view to returning to the pitch.

"This programme will last two weeks after which he will join the squad in Cameroon. Close daily monitoring will be done to assess the player's progress."

Watford had released Sarr to travel to Dakar only after Senegal threatened to ask for Fifa’s intervention.

The club, struggling near the foot of the Premier League, said in a statement this week that he has not been fit to play since suffering the knee ligament injury on Nov. 20. It had provided details of the injury and MRI scans to Senegal, it said.

"The Hornets have also invited the Senegal Football Federation to instruct their own independent surgeon to confirm the diagnosis and rehabilitation period."

Senegal opened their Cup of Nations campaign with a last gasp win over Zimbabwe on Monday and are next up against Guinea in Group B action in Bafoussam tomorrow.

Holders Algeria were held to a surprise goalless draw by Sierra Leone as they made an uninspiring start to the defence of their Africa Cup of Nations ...
Sport
1 week ago

A former Bafana Bafana coach, a Kaizer Chiefs goalkeeper, an Orlando Pirates defender and an ex-Pirates coach will be in the mix for a distinctly SA ...
Sport
1 week ago

A 97th minute penalty, converted by Liverpool ace Sadio Mane, was all a star-studded Senegal side needed to beat Zimbabwe in their first game of the ...
Sport
1 week ago

Morocco's Sofiane Boufal seized on a loose ball to score seven minutes from time and secure a 1-0 win over Ghana in their opening Group C match at ...
Sport
1 week ago
Next Article