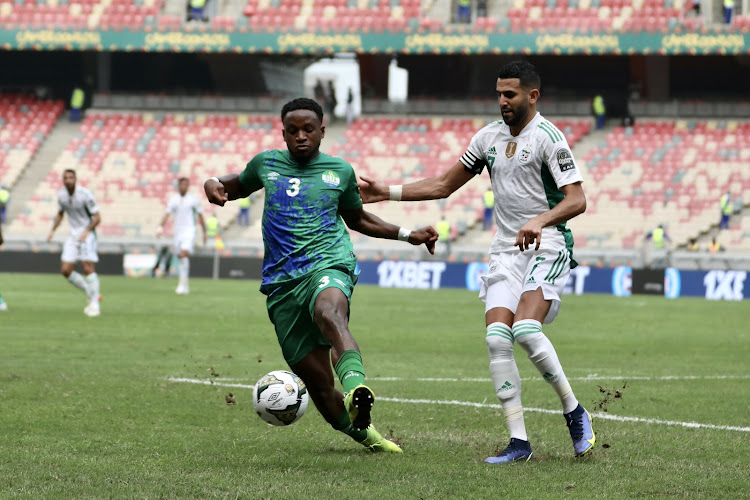 Sierra Leone's Kevin Wright is challenged by Riyad Mahrez of Algeria in the 2021 Africa Cup of Nations match at Stade Omnisport de Douala in Douala, Cameroon, on January 11 2022.
Image: CafOnline/Twitter

Holders Algeria were held to a surprise goalless draw by Sierra Leone as they made an uninspiring start to the defence of their Africa Cup of Nations title in Douala on Tuesday.

Algeria were expected to get their Group E campaign at the tournament in Cameroon off to an easy start against minnows Sierra Leone, who were returning to the tournament for the first time since 1996.

But it proved a brave showing by the West Africans as they clung on for a point in sweltering heat in the port city.

The second Group E game is being played on Wednesday in Douala when Equatorial Guinea meet the Ivory Coast.