Tunisians fume but Mali hang on for controversial win 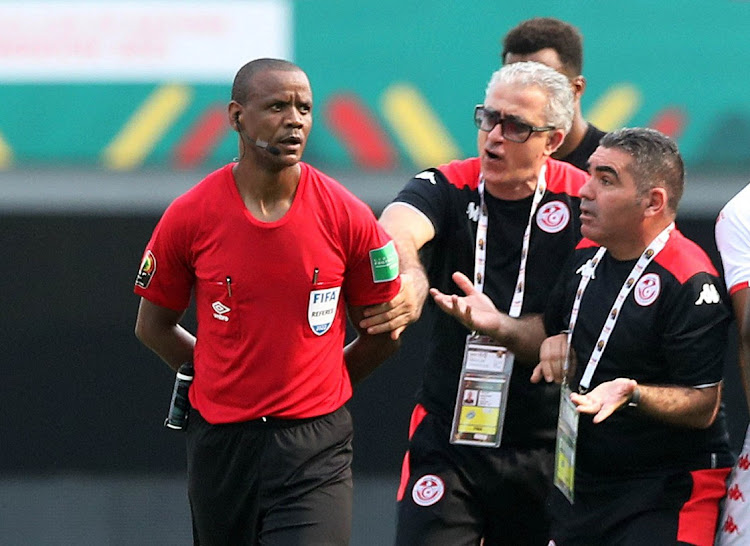 With Mali leading by a goal and Tunisia desperate for an equaliser, Sikazwe drew gasps as he blew the final whistle with five minutes remaining. He was then corrected by outraged Tunisians and restarted the match. But the referee courted even more controversy by ending the game on 89 minutes, with no added time, triggering a mid-pitch melee of protests from the North Africans. This time, however, the referee had the final word as the match ended with the Malians, who had been down to 10-men, holding on to their 1-0 lead.

Sikazwe's decision to end the game prematurely seemed curious given that there were several stoppages in the second half, including two VAR checks and cooling breaks, which would have necessitated for more time to be added at the end.

But as it was, Mali went on to win following an Ibrahim Kone second-half penalty to make a great start in this competition.

It remains to be seen what actions CAF will take against Sikazwe following that controversial incident as Tunisia would feel they were cheated. In an attempt to save face, CAF apparently ordered the final three minutes be played, but Tunisia players decided not to take the field in protest.

Tunisia and Mali each have cases for being considered among contenders for outright glory and both were eyeing a perfect start in their Group F.

But it was Mali, who made an impressive start by dominating possessions in the first half but failed to create decent scoring opportunities.

Despite dominating in the opening half, Mali failed to create a decent scoring opportunity and they went to the interval goalless.

Mali pressure finally paid off as Kone gave his country a lead immediately after the restart from a spot-kick to make it 1-0.

Mali could have increased the lead a few minutes later had they been clinical in front of goals but failed to convert their chances.

Tunisia had the chance to equalise from the spot-kick, but Wahbi Khazri’s effort was saved by Ibrahim Mounkoro with 15 minutes remaining.

Max-Alain Gradel’s early goal was enough to secure the Ivory Coast a 1-0 win over Equatorial Guinea at the Africa Cup of Nations on Wednesday but the ...
Sport
1 week ago

Aaron Boupendza’s strike from a narrow angle sealed a dull 1-0 win for Gabon over Africa Cup of Nations debutants Comoros Islands in their opening ...
Sport
1 week ago

A first-half goal by Kelechi Iheanacho was enough for Nigeria to register their famous 1-0 win against Egypt in the Africa Cup of Nations (Afcon) ...
Sport
1 week ago

A former Bafana Bafana coach, a Kaizer Chiefs goalkeeper, an Orlando Pirates defender and an ex-Pirates coach will be in the mix for a distinctly SA ...
Sport
1 week ago
Next Article