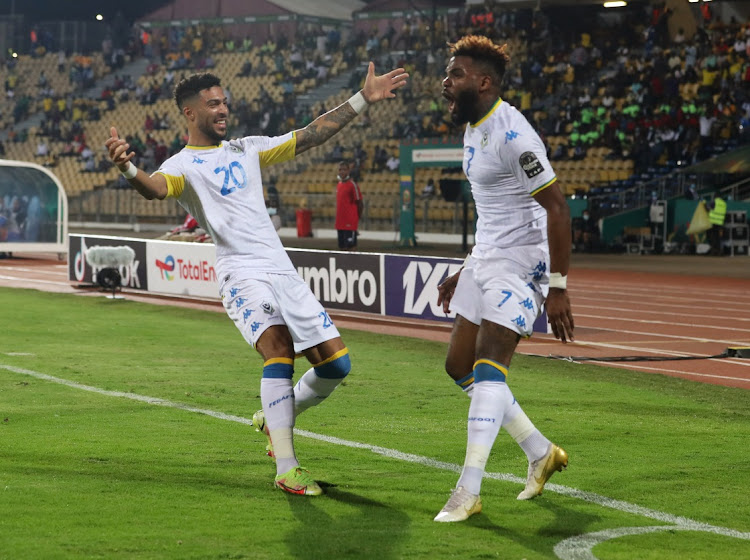 Yaounde - Aaron Boupendza’s strike from a narrow angle sealed a dull 1-0 win for Gabon over Africa Cup of Nations debutants Comoros Islands in their opening Group C clash on Monday.

Gabon, who were missing talisman Pierre-Emerick Aubameyang and influential midfielder Mario Lemina due to Covid-19 infections, never looked troubled and scored from one of only a few shots on target at the Stade Ahmadou Ahidjo.

Boupendza rifled the ball into the roof of the net on 16 minutes after he was set free in the box by Louis Ameka, giving Gabon their first win at the continental finals since they defeated Burkina Faso 2-0 in the 2015 group stages.

Gabon move joint top of the pool with Morocco, who beat Ghana 1-0 earlier on Monday. Gabon will take on the Ghana in their second game on Friday, when the two other teams in the group will also clash.

Comoros thought they should have had a penalty when Gabon midfielder Andre Biyogo Poko challenged Faiz Mattoir in the box, though the latter did not help himself with an overly theatrical fall to the ground.

The Video Assistant Referee looked at the incident but decided there was not enough contact to warrant a spot-kick.

Gabon winger Denis Bouanga’s mazy run ended with a fierce strike on goal that was beaten away by Comoros goalkeeper Ali Ahamada, while the islanders were reduced to long-range shots that sailed high and wide.

Comoros is one of football’s youngest nations, having joined Fifa in 2005, but within two decades of that they are competing at the continental championship in an unlikely fairytale.

Morocco's Sofiane Boufal, meanwhile, seized on a loose ball to score seven minutes from time and secure a 1-0 win over Ghana in their opening Group C match.

Boufal hammered home from close range after a mazy run into the penalty area from Zakaria Aboukhlal that saw him tease the Ghana defence, only to be checked by Thomas Partey, with the ball then running perfectly for Boufal to score.

The goal came from a rare chance in a game where both sides showed defensive prowess but did little to impress in attack.

A first-half goal by Kelechi Iheanacho was enough for Nigeria to register their famous 1-0 win against Egypt in the Africa Cup of Nations (Afcon) ...
Sport
4 days ago

Holders Algeria were held to a surprise goalless draw by Sierra Leone as they made an uninspiring start to the defence of their Africa Cup of Nations ...
Sport
4 days ago

A former Bafana Bafana coach, a Kaizer Chiefs goalkeeper, an Orlando Pirates defender and an ex-Pirates coach will be in the mix for a distinctly SA ...
Sport
4 days ago

A 97th minute penalty, converted by Liverpool ace Sadio Mane, was all a star-studded Senegal side needed to beat Zimbabwe in their first game of the ...
Sport
5 days ago
Next Article