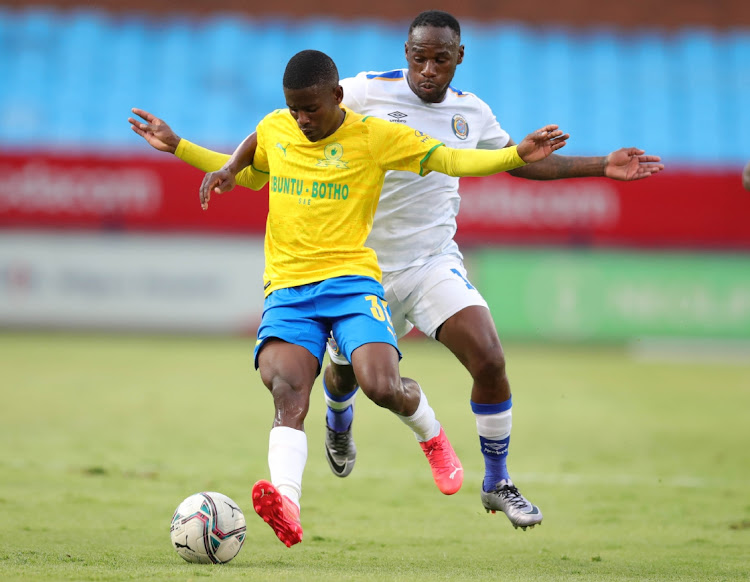 Neo Maema is not only becoming a key player at Mamelodi Sundowns but he is also winning the hearts of Masandawana supporters with his impressive performances.

His knack for scoring brilliant goals and providing assists has seen the rising star gaining popularity as his performances keep improving with every game.

Since making his debut for Sundowns after joining them from now-defunct Bloemfontein Celtic, the 25-year-old hasn't looked back.

He has managed to keep the likes of Gaston Sirino, Sibusiso Vilakazi and George Maluleka out of the starting line-up.

Not that he does not deserve it; he has been wonderful every time he is on the pitch for Sundowns. In 12 appearances in all competitions, the attacking midfielder has already found the back of the net three times, with four assists.

Maema is satisfied with his performance and plans to help Sundowns get back to winning ways when they host Sekhukhune United at Tuks Stadium tomorrow 3.30pm.

This after successive draws against Cape Town City and SuperSport United.

“We don’t have time to prepare but offensively we did very well coming from a goalless draw against Cape Town City. To score two goals [against SuperSport] is a motivation going into the next one,” Maema told Sundowns' media department.

“The most important thing is to rest. And going into that game, we have already started with the analysis of Sekhukhune. We know what we are going to face and luckily for us we are playing at home, we don’t have to travel.

“It is more about getting as much rest as possible, so we can be fresh going into the game.”

With Sekhukhune not in action since their victory against Royal AM last weekend, Maema expects McDonald Makhubedu’s charges to be fresher than them.

“I think they have had a longer period of rest, so we expect them to come out strong because they are motivated having won their last game against Royal AM,” he said.

“So it is going to be a tough battle. We know what to expect and we just have to apply ourselves well and get maximum points.”

Reacting to their 2-2 draw against SuperSport in a match where they conceded for the first time in the league this season, Maema said they did well despite letting in those goals.

“It is not the result that we wanted but I’m just happy about my performance and going to the next one as a team, we will do better.”

Golden Arrows will hope to end their five-game winless run in the DStv Premiership when they play host to Baroka at the Princess Magogo Stadium on ...
Sport
1 week ago

After seeing their unbeaten run in the DStv Premiership end following a 0-3 defeat to Orlando Pirates on Wednesday, Stellenbosch coach Steve Barker ...
Sport
1 week ago

Following their impressive 3-0 victory over Stellenbosch on Wednesday, Orlando Pirates hope to build on that when they travel to Liberia to face LPRC ...
Sport
1 week ago
Next Article