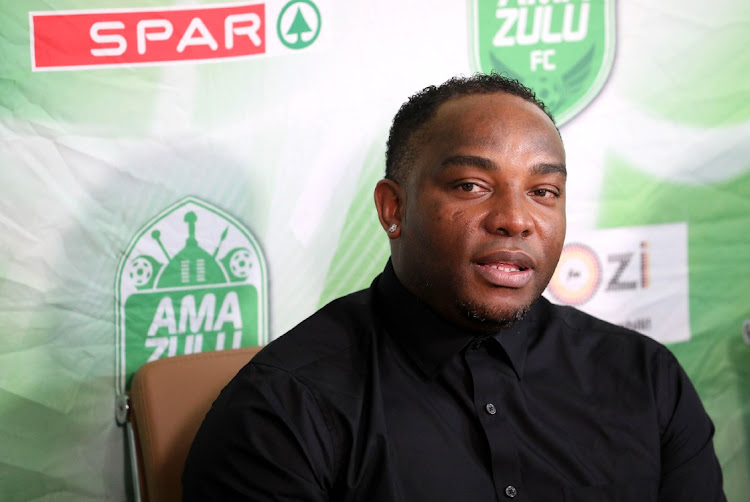 AmaZulu coach Benni McCarthy was spitting fire in his virtual media conference after Wednesday’s 1-1 league draw away to Kaizer Chiefs, accusing the club bosses of not buying him quality players.

Despite coming from behind to earn a draw at FNB Stadium, McCarthy was in no mood to give his troops a pat on the back. The AmaZulu coach warned that the only way they could emulate last season’s exploits was by getting new quality players.

“Any team, when you’re successful you can’t just rest on your laurels. You have to keep everyone on their toes, you have to add new players… quality players that will come in and show these [the current] players that ‘you guys have raised the bar, now we’re coming in to push the team to even greater heights’. That’s been missing,’’ said McCarthy.

“Unfortunately, I wasn’t given… [the players he wanted]. I wasn’t backed in the transfer market with players that I wanted to bring to spice up the team. Now you have to bring in players that can take the current ones to that next level. Maybe now we just needed a few additions. I definitely think we do need a few players, otherwise we’ll just be that team that had an unbelievable season and can’t push more than that the next season.’’

Last season Usuthu finished second on the log, qualifying to participate in the CAF Champions League, where they’ve since booked their spot in the group phase. AmaZulu will learn their pool phase opponents next month. The pool phase starts in February.

McCarthy has a strong feeling that his current pool of players isn’t good enough to compete in the group phase of the premier intercontinental club tournament.

“We need additional quality. We need players with the mentality that can help push the team. We’re good enough to compete in the league but come Champions League… I think we’ll be running out of gas.’’

Against Chiefs, Usuthu’s midfielder netted an own goal before striker Bonginkosi Ntuli, off the bench, saved his blushes by netting the goal that made it 1-all.

Mamelodi Sundowns will not use goalkeeper Denis Onyango as a scapegoat for throwing away a two-goal lead against SuperSport United in their Tshwane ...
Sport
8 months ago

SuperSport United coach Kaitano Tembo praised his side for their never-say-die attitude in the Tshwane derby against Mamelodi Sundowns in their 2-2 ...
Sport
8 months ago

Veteran Kaizer Chiefs full-back Ramahlwe Mphahlele has cautioned his teammates against thinking Swallows will be pushovers because of their poor form.
Sport
8 months ago

Benni McCarthy: ‘We try to ask for consistency and players to be professional’

AmaZulu coach Benni McCarthy says too many players in his squad perform well in training but fail to transfer that to match performances.
Sport
8 months ago
Next Article