'I will reveal all next week' 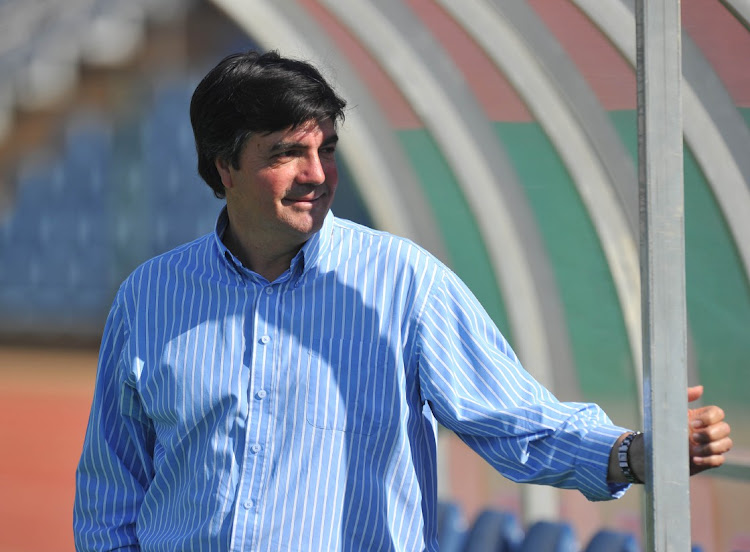 Coach Zeca Marques is a disappointed man after parting ways with Tshakhuma Tsha Madzivhandila barely a month after joining them.

Yesterday, Marques confirmed that he’s no longer with Tshakhuma, citing “personal reasons” for his rather unceremonious exit from the GladAfrica Championship side.

“Yes, it’s true that I am no longer the coach of Tshakhuma. I would prefer not to talk about it now but I am really disappointed at how things happened before we parted ways. For now I would say I left because of personal reasons,'' Marques told Sowetan.

Even so, Sowetan gathered that in fact Marques was sacked for losing 4-0 Cape Town Spurs at home last Sunday. The trainer was reluctant to entertain this claim.

“As I have said I decided to go because of personal reasons, but next week I will reveal what really happened. I won’t comment about the Spurs game but everyone knows that I improved the team. It’s disappointing that I didn’t get enough time to work there.’’

Tshakhuma face Free State Stars at Goble Park tomorrow (3.30pm). It remains to be seen who’ll be in the dugout in Marques’ absence.

“We approach all the games the same way, wanting to win. Our goal is to gain automatic promotion, nothing else my brother. Of course I have vast experience in this league, so that will also help us,’’ said Lechesa, who previously mentored teams like Royal Eagles, Mthatha Bucks, FC Cape Town and Carara Kicks, among many others.

A deliberate shifting of goalposts is taking place at SuperSport United. For a club who set the domestic football scene alight by winning three ...
Sport
2 days ago

Kaizer Chiefs coach Stuart Baxter views their 1-all draw with AmaZulu on Wednesday as a missed opportunity to demonstrate their title credentials.
Sport
2 days ago

AmaZulu coach Benni McCarthy was spitting fire in his virtual media conference after Wednesday’s 1-1 league draw away to Kaizer Chiefs, accusing the ...
Sport
2 days ago

Mamelodi Sundowns will not use goalkeeper Denis Onyango as a scapegoat for throwing away a two-goal lead against SuperSport United in their Tshwane ...
Sport
2 days ago
Next Article