Rayners frustrated by lack of goals

Striker yet to score for SuperSport this season 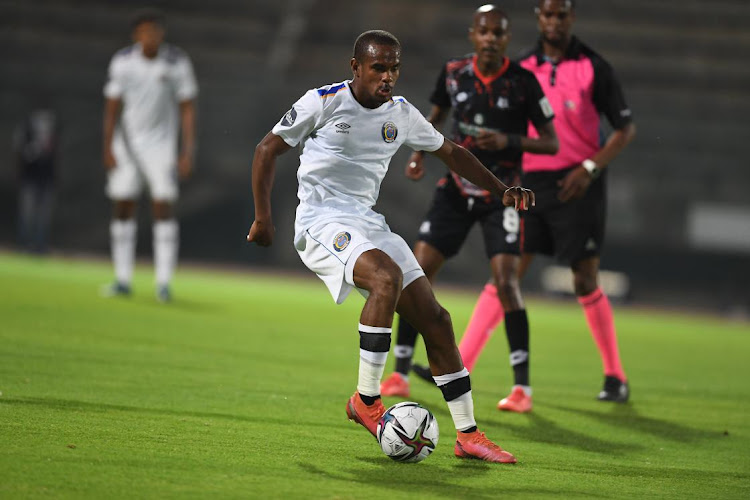 SuperSport United got their DStv Premiership campaign off to an impressive start, maintaining their unbeaten run in their first six games.

However, the goal drought continues for striker Iqraam Rayners. He played in all the matches this season, but he is frustrated by the lack of goals.

The three-time league champions will play against Baroka at the Lucas Moripe Stadium in Atteridgeville tomorrow and Rayners, 25, aims to break his duck.

“The season has been good for us and we are enjoying a good run. We are taking it one game at a time. I played in all the games this season, but not scoring one goal in the league is disappointing. I am not happy and my performance is not good enough,” Rayners told the club’s media platform yesterday.

The soft-spoken striker said he would keep working hard to improve on his finishing. “I will keep on trying my best to score, although it is frustrating me at times. The coach told me that it is only a matter of time before I score that goal,” he said.

Rayners scored one goal in the league last season.

He used the international break to work on his finishing and he believes that the team will continue from where they left off before the break.

Matsatsantsa a Pitori are second on the log table with 12 points from six matches, and they are four points behind the leaders Mamelodi Sundowns.

“The break was good for us to refresh our minds. We worked on a lot of things and prepared well for the weekend game. We know what to expect against Baroka and we are confident of collecting the three points. We are playing at home and we want to make it count by getting the maximum points,” added Rayners.

Mabunda wants to excel in new role at Sundowns

When Tiyani Mabunda decided to hang up his boots and take a role at Mamelodi Sundowns as a brand ambassador, it was not a difficult decision for him ...
Sport
9 months ago

Even as she faced hurdles, pitfalls and potholes along the way as she pursued her dream of becoming a footballer, Kanalelo Taiwe didn’t for once ...
Sport
9 months ago

Stuart Baxter has admitted that the recent run of poor results at Kaizer Chiefs has put him under pressure already.
Sport
9 months ago

The South African Football Association (Safa) is considering increasing the number of supporters from 2,000 to more than 20,000 for Bafana Bafana’s ...
Sport
9 months ago
Next Article