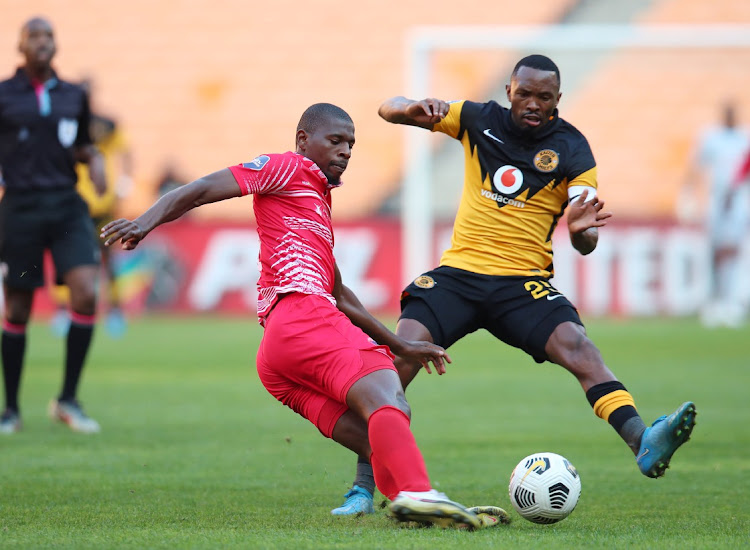 Sandile Mthethwa has revealed the reason he is yet to make his first start for Chippa United and insists that he is patiently waiting for his time.

Mthethwa made a loan move to the Chilli Boys at the beginning of the season from Orlando Pirates.

But he is yet to make an appearance for the Gqeberha-based side in six matches and says the reason is that he didn’t have a pre-season with them.

“I think it is because I missed the pre-season with the club, so I need to gel with the team because they have a lot of new players,” Mthethwa told Sowetan yesterday.

“If we started pre-season all of us, it would be better, but now coach Gavin Hunt is playing players who were there during pre-season, rather than someone who is still trying to settle. But now I understand how things are done here and in the coming few games I will be playing.”

The 24-year-old defender insists he is not frustrated by the lack of game time as he believes it is just a matter of time before he can start playing.

“It is not frustrating because the players who are playing have quality. It is not about me playing. It is about the team,” he said.

“If they are doing the job, that’s cool. As much as I need to get game time at the end of the day, we need results as a club and it is about teamwork. Gavin is a straightforward coach. If he says do this and you do it, you will play. He can’t put everyone at the same time. We need to understand that only 11 players can play.”

Mthethwa will be looking to make his debut for the club when they visit Kaizer Chiefs in the DStv Premiership match at FNB Stadium on Saturday at 5.30pm.

“It won’t be an easy game. Both teams have not been doing well in the last few games and both desperately need a win. This is our chance to get back to winning ways, but it is not going to be easy. We need to fight for the three points.”

SuperSport United coach Kaitano Tembo is reaping the rewards of putting his trust in the youngsters.
Sport
10 months ago

Egyptian giants Al Ahly have confirmed that coach Pitso Mosimane will stay on at the club at least until the end of the current season.
Sport
10 months ago

The spotlight will be on Mamelodi Sundowns at the weekend as they embark on their quest to reclaim the CAF Champions League title.
Sport
10 months ago

It is a new DStv Premiership season, but the same results for Mamelodi Sundowns danger man Peter Shalulile.
Sport
10 months ago
Next Article