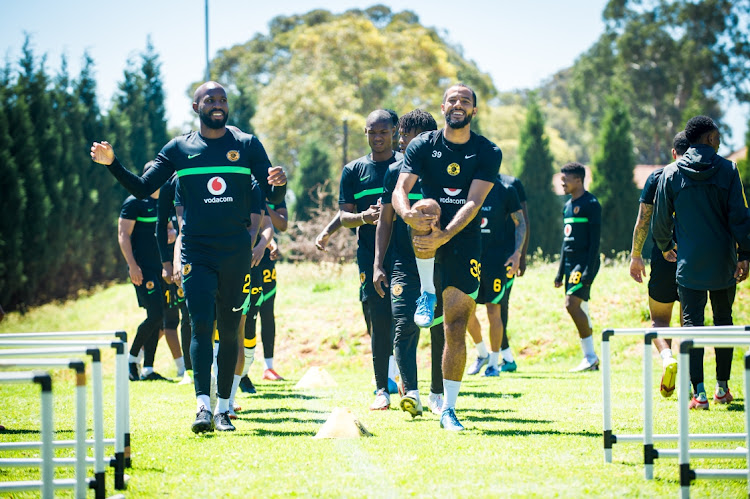 Ramahlwe Mphahlele and Reeve Frosler share a light moment at the Kaizer Chiefs training base yesterday ahead of tomorrow’s match against Chippa United in Gqeberha.
Image: Kaizer Chiefs studio

Stuart Baxter has admitted that the recent run of poor results at Kaizer Chiefs has put him under pressure already.

A single victory in six matches and already 10 points behind leaders Mamelodi Sundowns does not make good reading for the Briton in his second stint at Naturena.

“I think every coach’s job is under pressure. That’s the nature of the job these days,” Baxter said yesterday.

“But the real pressure comes when the club you’re working for doesn’t see the culture that you are trying to promote and the learning that’s happening. That’s the real pressure. Social media and what people think changes so quickly these days.”

Baxter, however, was quick to remind those who are baying for his blood that he is the last coach to have brought success to Naturena during his first stint.

“You have to remember that I came into this job with virtually no preseason,” he said.

“You question the fairness of that because there is that tsunami nowadays on social media, but we have to ensure that we carry on with our job.

“I have to say that every coach is under pressure. That’s the nature of the job that we have. Sometimes we make good decisions and then other times we make bad ones. But we have to believe that in the real football world, not social media, you have more time and patience.”

Chiefs will be looking to end a run of poor results when they host Chippa United in a DStv Premiership match at FNB Stadium tomorrow at 5.30pm.

Amakhosi will also come face-to-face with their former coach Gavin Hunt for the first time since he was fired towards the end of last season.

The South African Football Association (Safa) is considering increasing the number of supporters from 2,000 to more than 20,000 for Bafana Bafana’s ...
Sport
9 months ago

Benni McCarthy has already learnt some important lessons during AmaZulu's maiden appearance in the Caf Champions League and he is determined to avoid ...
Sport
9 months ago

Sandile Mthethwa has revealed the reason he is yet to make his first start for Chippa United and insists that he is patiently waiting for his time.
Sport
9 months ago

SuperSport United coach Kaitano Tembo is reaping the rewards of putting his trust in the youngsters.
Sport
9 months ago
Next Article