Booth reckons Broos got it wrong on Lakay, Rivaldo

‘You can’t select everybody, but form players should be chosen’ 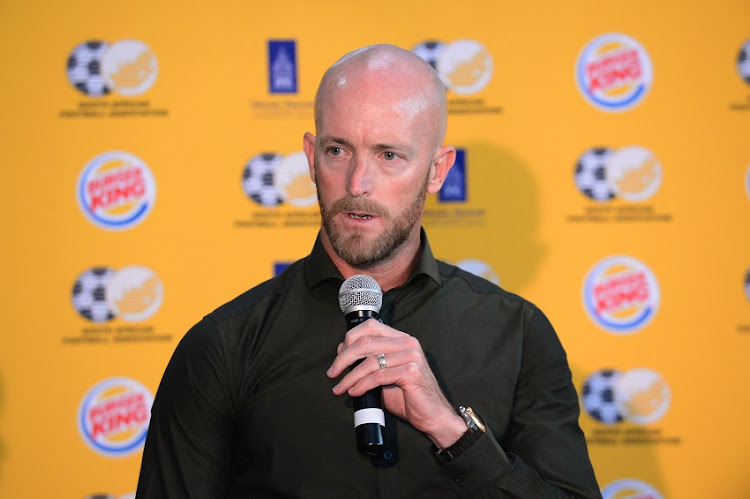 Broos reasoned this week he doesn’t “give presents” when choosing his team but former Bafana defender Booth believes the Belgian may have erred in overlooking the on-form duo. “Lyle and Rivaldo should be there,” Booth said. “Of course, you can’t select everybody, but form players should be chosen.”

Booth stated he found it odd that Lakay had been overlooked for Broos’ first camp last month when SA faced Zimbabwe and Ghana. “Look at the last game, he [Broos] played Nyiko Mobbie at leftback, you wonder if Lakay couldn’t have done the job.”

The man who captained SA at the Sydney Olympics in 2000, and played in 2009 Fifa Confederations Cup, praised some of Broos’s choices, however, welcoming the selection of Cape Town City’s Terrence Mashego. “He [Mashego] has been great and deserves a chance. Overall, the squad is talented but there are a couple of odd selections. We must accept that choosing any team is subjective and what’s obvious to us won’t necessarily be obvious to the coach.”

Nevertheless, he believes the squad can return six points against Ethiopia on October 9 and 12 and remain top of the group, remaining on course to qualify for next year’s World Cup finals in Qatar.

“Six points against Ethiopia is what we expect but we have to change our approach and be more arrogant if we are to achieve that. We should view Ethiopia as a country we can beat confidently. We’ve put ourselves in a fantastic position and should take advantage.

"If you look at teams who’ve qualified for the Africa Cup of Nations, like Sudan where there’s been unending civil war, and the Comoros, it’s a shame that SA won’t be there [in Cameroon] next year. We must rectify that,” said Booth, who was an unused sub in the 2010 World Cup hosted by SA, which incidentally was the last time Bafana made an appearance at the event.

Mamelodi Sundowns defender Rushine de Reuck is not reading much into Swallows’ recent thumping by Cape Town City ahead of their DStv Premiership ...
Sport
3 months ago

Pule Mmodi has issued a passionate apology to Hugo Broos after the Bafana Bafana coach revealed this week he had to withdraw the Golden Arrows man ...
Sport
3 months ago

Marumo Gallants attacking midfielder Katlego Otladisa says he is having the time of his career in the DStv Premiership following years of frustration.
Sport
3 months ago

Former Kaizer Chiefs star Reneilwe Letsholonyane has backed his old Amakhosi boss Stuart Baxter to find the winning formula in the midst of a ...
Sport
3 months ago
Next Article