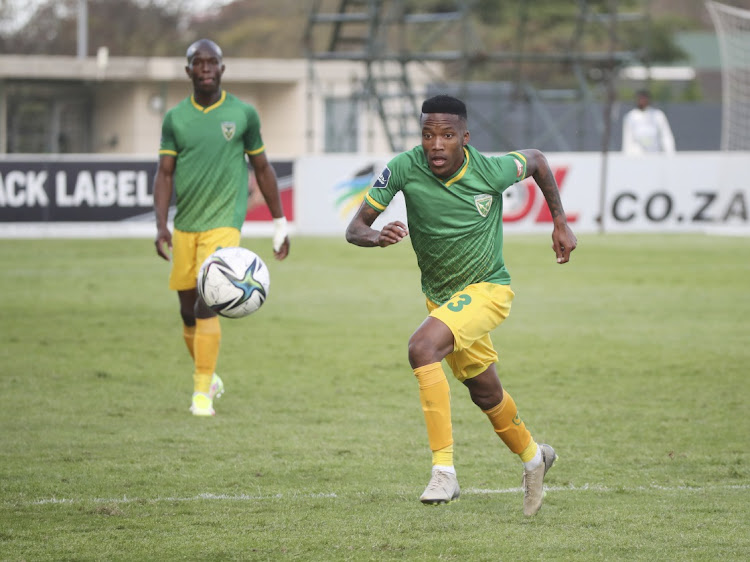 Pule Mmodi of Golden Arrows was withdrawn from Bafana's squad for upcoming World Cup qualifiers because he did not have a passport.
Image: Gavin Barker/BackpagePix

Pule Mmodi has issued a passionate apology to Hugo Broos after the Bafana Bafana coach revealed this week he had to withdraw the Golden Arrows man from his squad due to failure to secure a passport.

The Arrows midfielder was supposed to be part of the team for the upcoming 2022 Qatar Fifa World Cup qualifiers against Ethiopia starting next week, but instead he is stuck without an international cap as a result of not having the travel document.

His situation irked Broos, who expressed his disappointment and slammed the player’s behaviour as unprofessional.

Equally disappointed in himself, Mmodi conceded yesterday he owed Broos an apology and promised he would try to reach out to him. He blamed his lack of a passport on the national lockdown.

“I think I owe the national team coach an apology, I will tell him when we meet how sorry I am,” Mmodi told Sowetan yesterday.

It is not the first time that the 28-year-old missed the opportunity to represent the national team. He was called up for the Cosafa Cup games two months ago but could not join them due to the same passport matter.

“But as I said, this won’t stop me from working hard and wait for the chance to be called up again.”

Mmodi added the reasons he didn’t apply for the passport earlier was because of the ongoing lockdowns.

“I have already applied, this thing of lockdown... you know how home affairs officials were not working during those levels. These things of changing levels and you find out that the president [Cyril Ramaphosa] will close some of the things disturbed me from applying for a passport.

“You could see even the traffic department how they were inconsistent scheduling their things, it was the same with home affairs.

"Any time from now I will receive my passport. It was an unexpected call-up now, I never thought he will call me now for the qualifiers.

“Cosafa Cup is not the same as World Cup qualifiers, so I made an application last week and I’m sure the upcoming week, I will receive it.”

Mmodi has been one of the few noticeable Arrows players in the past year, impressing for Abafana Bes’thende as they finished fourth in the DStv Premiership standings last season.

Marumo Gallants attacking midfielder Katlego Otladisa says he is having the time of his career in the DStv Premiership following years of frustration.
Sport
3 months ago

Former Kaizer Chiefs star Reneilwe Letsholonyane has backed his old Amakhosi boss Stuart Baxter to find the winning formula in the midst of a ...
Sport
3 months ago

For all their domestic dominance over the past six years, Mamelodi Sundowns have surprisingly failed to lift the MTN8 trophy.
Sport
3 months ago
Next Article