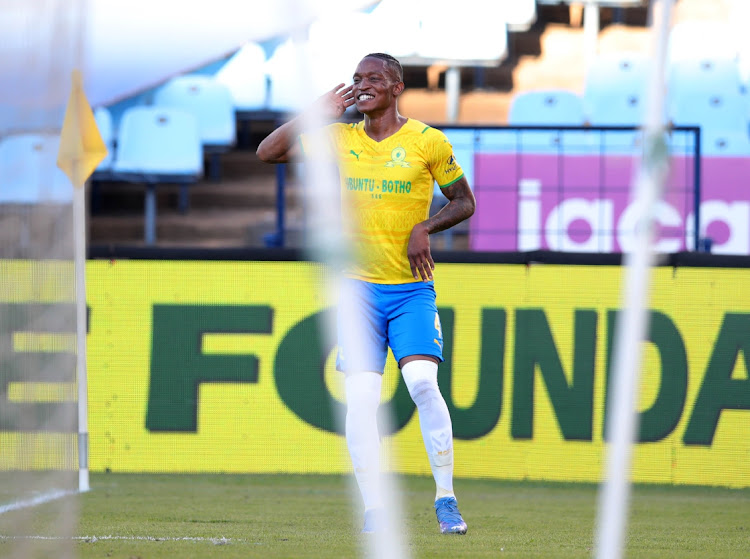 De Reuck and Kekana put in a solid shift to help Sundowns beat Kaizer Chiefs 2-0 in a DStv Premiership encounter at Loftus Versfeld at the weekend. The latter didn't just defend well, he even scored the opening goal. Peter Shalulile was also on the score sheet.

“The one thing about the two is [that] they just love defending. I think the orthodox type of centre-halves, you don’t normally find them in modern football. Kudos to them for another very good team contribution,” said Mokwena.

“I think probably the prototype now left is a Chiellini and a Bonucci... centre-halves that really love grafting and carrying the piano, and that we have here with Grant and Rushine. They’re always looking to better their performance... they’re always willing to learn and improve.”

Since his move from crosstown foes SuperSport United before the start of the season, Kekana has established himself as one of the top performers at the Brazilians. Mokwena revealed what has helped the 28-year-old defender to settle in Chloorkop.

“I am not surprised [that Kekana has adapted fast to life at Downs]. He comes from a very good family... the background, the intelligence. I mean, this has very little to do with the performance and football but these are the things we look at because part of us recruiting players is profiling and extensive work behind the scenes,” Mokwena said.

“And when you look at Grant’s educational background and his upbringing... I mean, Grant’s mother [Pinky Kekana] is a vice-minister of education in government [in fact, she’s a deputy minister in the presidency] and you can see even how he carries himself in the change room and how he goes about trying to get the best from his teammates in relation to his performances... he’s not a selfish person.’’

Sundowns would be hoping to maintain their unbeaten run this season when they host TS Galaxy on Sunday.

Stuart Baxter surveyed the wreckage of Kaizer Chiefs' league defeat to Mamelodi Sundowns at the weekend and admitted the penalty miss by Lebogang ...
Sport
2 months ago

Coming from behind twice to force a 2-all stalemate at home to Golden Arrows, courtesy of goals from his two strikers Mxolisi Macuphu and Mthobisi ...
Sport
2 months ago

Swallows coach Brandon Truter admits that his charges didn’t play the best football during their 0-1 defeat to Orlando Pirates in the Soweto derby ...
Sport
2 months ago
Next Article