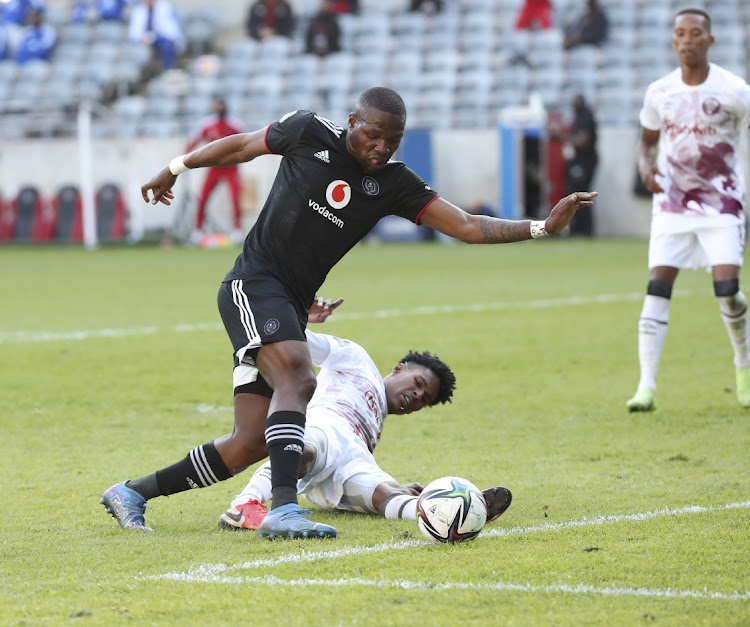 Swallows coach Brandon Truter admits that his charges didn’t play the best football during their 0-1 defeat to Orlando Pirates in the Soweto derby on Saturday.

Truter was disappointed by the performance of his charges. He feels they didn’t show up for the match and allowed Pirates to dominate, with substitute Tshegofatso Mabasa scoring the only goal in the second half.

The defeat was Swallows’ first this season and against their Soweto rivals in four matches.

“We were not our normal self today from the basis of previous matches and stats. Our front three were not functioning, not much from Dillan Solomons, not much from Monnapule Saleng, even Khethukuthula Ndlovu came on and there was nothing from him,” Truter after the match.

“Offensive play we should be creating, but I felt we didn’t create enough chances. We had one or two moments, the same for Pirates as well. They overloaded the midfield, which made it difficult for us to come out. It was a tight affair first half. They got one chance, we got one. I felt we should have done better by stopping the cross which resulted in a goal.”

Truter admitted that assistant coaches Mandla Ncikazi and Fadlu Davids outsmarted him tactically. “The difference in this game was that they overloaded the midfield, they were a different team and they wanted to win this game more.”

“It was also a tactical battle. Mandla and Fadlu did well to put us under pressure and forced us to play the second ball in the first half, but as I said, we should have done better.”

Truter will hope for an improved performance when they face SuperSport United at Dobsonville Stadium on Sunday.

Orlando Pirates have suffered a major blow to their 2021-22 season with star creative forward Thembinkosi Lorch ruled out for the rest of the ...
Sport
4 months ago

Newcomers Royal AM finally won their first match in the premiership when they beat Chippa United to hand the Gqberha side their maiden defeat of the ...
Sport
4 months ago

“It was a horror show for me.” That’s how Benni McCarthy described AmaZulu's 1-0 loss against Malawian outfit Nyasa Big Bullets in the first leg of ...
Sport
4 months ago

Truter wants more ruthlessness from Swallows as they clash against Pirates

Swallows FC coach Brandon Truter will ask his charges to be more ruthless in front of goal as he attempts to avoid the Birds – last campaign's ...
Sport
4 months ago
Next Article