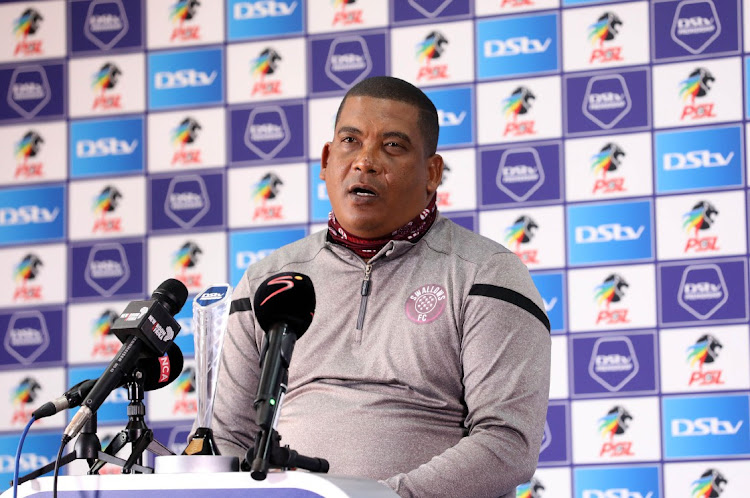 While Swallows will be looking to compound Orlando Pirates’ misery when they meet in the DStv Premiership Soweto derby at Orlando Stadium tomorrow (3pm), the Buccaneers will be desperate not to lose to their rivals twice in a space of a month.

Swallows edged Pirates 2-1 in the MTN8 quarterfinal at Orlando Stadium last month, a result which saw the end of coach Josef Zinnbauer at the Buccaneers.

Tomorrow, it will be a case of Bucs seeking revenge but that they have struggled to beat Swallows since they were promoted to the Premiership last season should be a concern.

Pirates come into this match on the back of a poor start to the season across all competitions, with three matches without registering a win.

Swallows coach Brandon Truter expects the Buccaneers to come out with all guns blazing as they look to avenge their defeat in the MTN8.

“It’s going to be a tough encounter in the original Soweto derby and that’s on the players’ minds as well,” Truter told Sowetan.

“There are a lot of things that led up to this game, the MTN8 victory for us and I’m thinking at this moment Pirates will come out with all their guns blazing.

“They will want to show people that it was a fluke what happened in the MTN8, so we are as prepared as we can be. It will be tough against Pirates but we will be competitive.”

Since Mandla Ncikazi and Fadlu Davids took over from Zinnbauer last month, they have not won in their two matches, drawing against Stellenbosch and Marumo Gallants in successive games.

“It does make it difficult for us because I know both coaches very well. Mandla last season played in transition and Fadlu from his time as a head coach also preferred the 3-5-3 formation attacking football,” Truter said.

“So, it will be interesting to see what they will come up with. They had some time to work on the team, so it will be difficult to plan against the two local coaches who work together at a big team like Pirates.”

Maritzburg United coach Ernst Middendorp believes it is premature to start talking about what needs to be done to turn the club around despite ...
Sport
8 months ago

While Ethan Brooks is establishing himself as one of the upcoming and promising players, he has vowed to remain humble and not get carried away by ...
Sport
8 months ago
Next Article