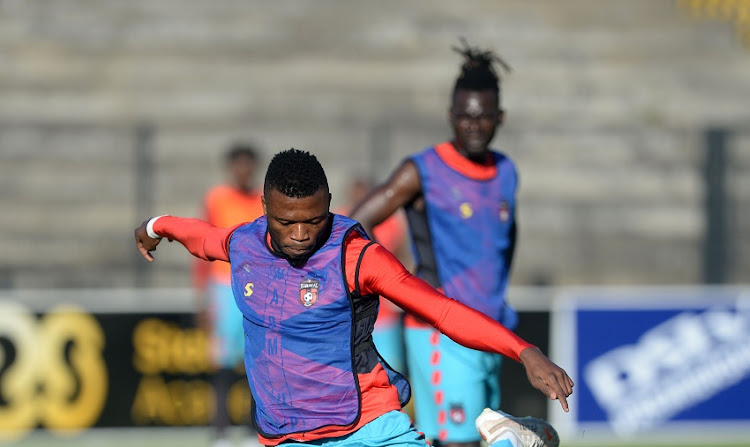 TS Galaxy striker Augustine Kwem has challenged his side to seek revenge against Lamontville Golden Arrows when the teams lock horns in their DStv Premiership matchup at Mbombela Stadium in Nelspruit on Saturday.

The Rockets have had a slow start to their 2021-22 league campaign, drawing 0-0 against Kaizer Chiefs then losing 1-0 against Stellenbosch FC.

Kwem admits Galaxy are still hurting from their league defeat to Arrows at the end of last season - a 3-0 defeat at Sugar Ray Xulu Stadium in May that seriously dented the Mpumalanga team's top eight chances, as they eventually ended ninth.

“Looking at what happened last season against Arrows I think we must have revenge. First we should target three points and revenge done,” the bulky Nigerian striker said.

“We've a tasted a defeat, draw and a win will be important for us. A win is the only result we couldn’t get and also getting off the mark on the scoreboard because we are yet to register a goal.”

The 24-year-old striker is eager to make an impact up front for coach Owen da Gama’s side.

“It is every striker's dream to get off the mark as soon as the first game, but if that doesn't work then you hope to at least [score] by the second or third game,” he said.

“I am hoping also to be in a positive mindset going into the game and I'll give my best to get off the mark.

“The Fifa break did help us. We played friendly games just to get new combinations right. There are lots of positives and the spirit is high.”