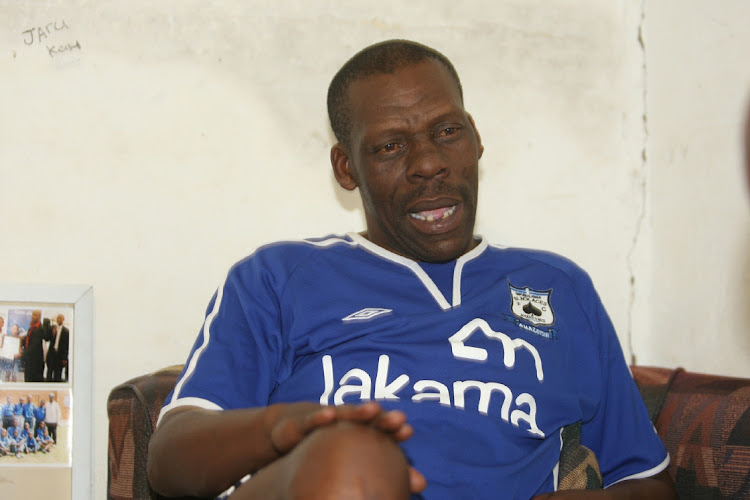 Mayoyo, a legendary goalkeeper who made his name at Orlando Pirates in his heyday, was installed as Polokwane mentor before the start of the season.

A failure to win promotion via the playoffs when he was still coaching now-defunct clubs Dynamos and Winners Park in the 1999/2000 and 2006/07 seasons respectively, now motivates Mayoyo to go all out for a direct route to the Premiership.

“As a coach it’s not about the mandate from the club... it has to start from you. To be honest with you, my aim is to win automatic promotion, that’s my personal mandate,” Mayoyo told Sowetan yesterday.

“I have come to believe that I won’t ever win promotion through playoffs because when I was coaching Winners Park I lost the playoffs and the same thing happened at Dynamos, so I am going all out to win it directly.”

Rise and Shine resorted to Mayoyo shortly after the retired shot-stopper had failed to take Mpumalanga-based side Sivutsa to the GladAfrica Championship. Mayoyo’s Sivutsa couldn’t finish in the top two at the ABC Motsepe League national playoffs hosted in their province in June, where Northern Cape’s Hungry Lions and Platinum City Rovers of North West sealed promotion to the second tier after finishing first and second.

“Honestly, being appointed as Polokwane coach took me by surprise because it just happened a few days after we’d lost the playoffs with Sivutsa,” said Mayoyo.

Quizzed on whether he’s satisfied with the squad he boasts at Rise and Shine, Mayoyo said: “I have never had a problem about the players I have. Remember, I am employed... if I was working at a firm I would be like a supervisor and there’s no supervisor in the world who comes in and brings his own staff.”

Weekend fixtures (all at 3pm)

While Ethan Brooks is establishing himself as one of the upcoming and promising players, he has vowed to remain humble and not get carried away by ...
Sport
8 months ago

Rulani Mokwena has implied it was his Mamelodi Sundowns co-coach Manqoba Mngqithi who was in the wrong as the club’s key technical panel members were ...
Sport
8 months ago
Next Article