Downs star says playing for Leopards, Bay helped him to be a better player 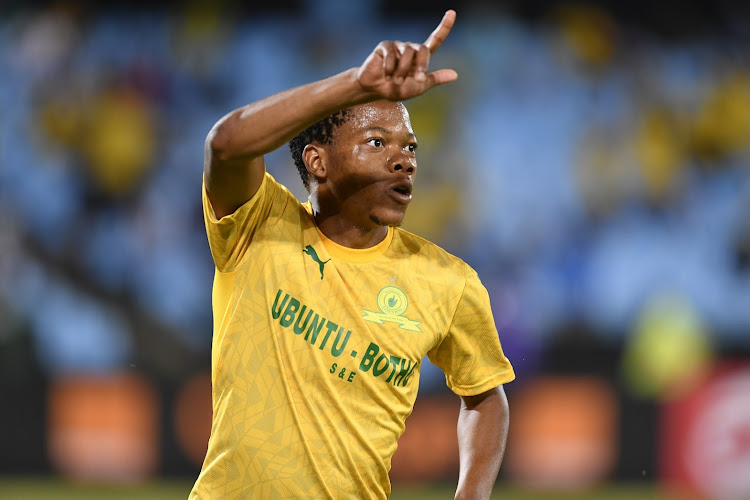 Mamelodi Sundowns attacking-midfielder Sphelele Mkhulise has opened up about how loan stints at Black Leopards and Richards Bay molded him to be a decent player he is today.

Mkhulise spent 2016 and 2017 on loan at Leopards and Bay respectively, before returning to Sundowns the following year, where he was eventually promoted to the senior side.

The lad from Impendle, near Pietermaritzburg, has explained how spending time at second tier sides  prepared him for the big role he’s currently playing at Chloorkop.

“I learnt a lot of things during my loan stints. The loans afforded me that experience of being in a professional set-up because before I went out on loan, I was just playing for youth teams. Being on loan made me the player I am today,’’ Mkhulise told Sowetan.

“The time I was at Leopards we were chasing the [second tier] championship but we couldn’t win it as we ended up in the play-offs, even though we were also never successful. So, I returned to Sundowns knowing how it feels to fight for the league. At Bay we were fighting for survival, so I also know that feeling.’’

Last month, the 25-year-old Mkhulise made his Bafana Bafana debut in the 3-2 win over Uganda at Orlando Stadium in a friendly. Three weeks later, the Sundowns ace helped the senior national team win the Cosafa Cup in Gqeberha.

“I am very happy about Bafana call-ups. It’s every SA player’s dream to play for Bafana, so I am grateful. I think I grabbed the opportunity with both hands, especially in the Cosafa Cup,’’ Mkhulise noted.

“I am of the view that I will cement my place at Bafana if I can continue doing well at Sundowns. I really want to be part of the qualifiers, so the aim is to impress at club level.’’

Mkhulise also shared the story of how he ended up donning the jersey No.10 at Bafana. The former Lidoda Duvha attacking midfielder is of the view that jersey numbers are not that important.

“About wearing jersey No.10, before the game against Uganda when we were travelling to the stadium they just announced jersey numbers and the No.10 was allocated for me. I think the decision was taken by the technical team,’’ said Mkhulise.

“I couldn’t say no because it was given to me. To be honest, I don’t really think a jersey number means something, I don’t focus on that. I solely focus on my job on the pitch.’’

In the wake of extending his stay at Stellenbosch with a further year, veteran defender Robyn Johannes has made it known that the thought of hanging ...
Sport
1 month ago

Brooks raises his hand for Broos

Following his impressive performance at the Cosafa Cup with Bafana Bafana, TS Galaxy midfielder Ethan Brooks hopes to have done enough to be selected ...
Sport
1 month ago

Despite Royal AM’s hopes of automatic promotion to the DStv Premiership being dismissed by Johannesburg high court judge Leonie Windell, the club ...
Sport
1 month ago

As South Africans continued to survey the wreckage after the Under-23's heartbreaking defeat to France in a seven-goal thriller at Saitama Stadium on ...
Sport
1 month ago
Next Article