I joined City to grow and win trophies – Mayo

Forward happy to be reunited with coach Tinkler 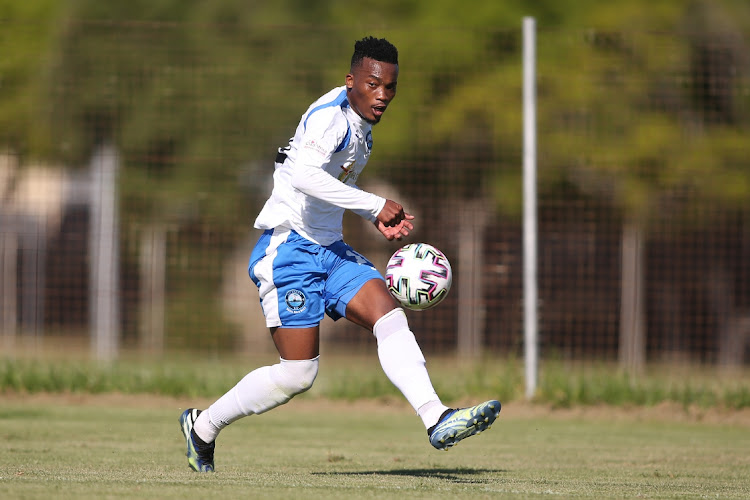 In the wake of his lucrative move from second-tier side Richards Bay to top-flight's Cape Town City, budding forward Khanyisa Mayo expects to grow in leaps and bounds in the Premiership.

On the back of a splendid campaign for Bay, where he netted seven goals to help the club secure a play-off berth, Mayo completed his move to City on Monday. The 22-year-old attacker played a pivotal role in Natal Rich Boyz finishing third on the log in a season where they also did wonders in the Nedbank Cup.

In the Ke Yona Cup, Bay eliminated Chiefs in the first round before being knocked out by Chippa United in the quarterfinals. Mayo was voted as the Nedbank Cup’s Most Promising Player, having scored three times in the competition. They also lost the play-offs to Chippa, who'd finished 15th in the big league.

“I think it’s a wonderful move for me after a great season in the GladAfrica. I think it [the move to City] will build me as a player. I am positive that I will develop as a player,’’ said Mayo, whose younger brother Khanyisile is unattached after leaving SuperSport United late last year.

Mayo sees the Citizens as a club where he can win trophies as a player. Since their re-formation in 2016, City have won two domestic trophies in the form of the Telkom Knockout (2016) and the MTN8 (2018).

“Cape Town City is a wonderful club… the club has achieved great things in recent years, so it’s a privilege and honour to join the club. I am looking forward to achieving trebles [of trophies with this club],’’ said Mayo.

Mayo came through SuperSport’s development ranks and during his spell there, current City coach Eric Tinkler was at the helm of the senior side. At Matsatsantsa, Mayo would occasionally train with the first team under Tinkler’s watchful eye, hence he’s excited about the reunion.

“I have worked with coach Tinkler before at SuperSport. It was an honour to be coached by him although I didn’t get much time to play under him back then,’’ noted Mayo.

“He believes in young players who have ambitions and great work ethics. I am looking forward to working with him again here at City.”

Kaizer Chiefs' new signing Austin Dube has been backed to succeed at the club following his move from GladAfrica Championship side Richards Bay.
Sport
1 week ago

Kaizer Chiefs striker Samir Nurkovic, 29, played a role in convincing new Mamelodi Sundowns striker Pavol Safranko to come to ply his trade in this ...
Sport
1 week ago
Next Article