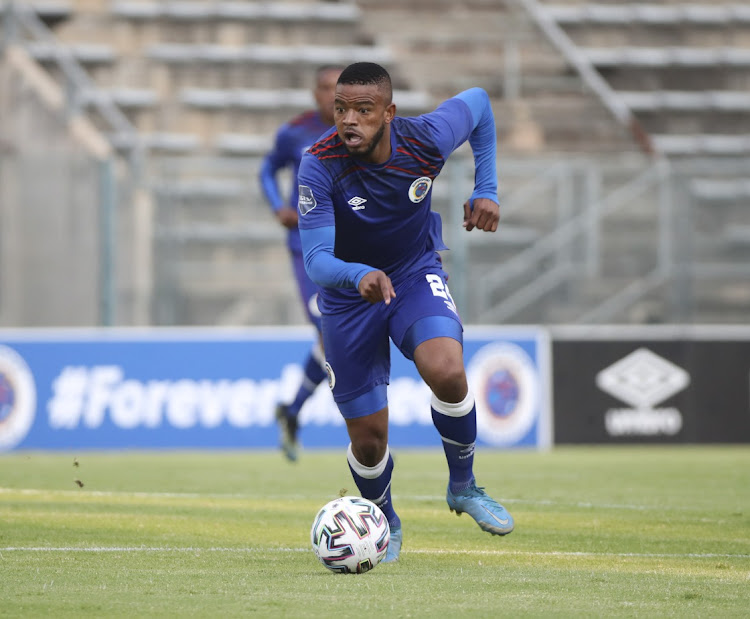 Tembo would love to hang on to his star midfielder Sipho Mbule for another season if it were up to him. However, the Zimbabwean-born mentor said there is no guarantee the player will stay.

Kaizer Chiefs and Mamelodi Sundowns reportedly want to sign Mbule, 23, and Tembo is open to the possibility of losing him.

Last season, Tembo had to call on the services of the youngsters after the senior players such as Bradley Grobler, Ronwen Williams and Thamsanqa Gabuza were injured.

The Tshwane giants ended the 2020/21 DStv Premiership table in fifth place with 45 points from 30 matches.

Tembo’s mandate is to help them to finish in the top four next season and win a trophy, and he believes that they will have a memorable campaign.

“We want to do better than we did last season. I wish I could go on a signing spree but in reality we have a limited budget and because of our budget cuts we cannot go crazy in the market like the other teams. We will add a few players but I have to focus on what we have. I believe in allowing the young players to play,” said Tembo.

Tembo said he would throw his youngsters into the deep end again next season. “I want Sipho to stay but it is not up to me. I cannot rule out his departure. We will promote a couple of youngsters and get two or three experienced players, depending on the budget. Injuries were our major problem last season. We reported for camp two weeks ago and I have a feeling that we will do well next season,” said Tembo.

SuperSport coach now focuses on next season
Sport
11 months ago

Kaitano Tembo says premiership leaders Mamelodi Sundowns will not get any favours from city rivals SuperSport United when the two sides meet on ...
Sport
11 months ago

The Brazilians became the first team since the advent of the Premier Soccer League (PSL) in 1996 to win the league title for four successive seasons ...
Sport
11 months ago

Sundowns out to seal Premiership title with derby win