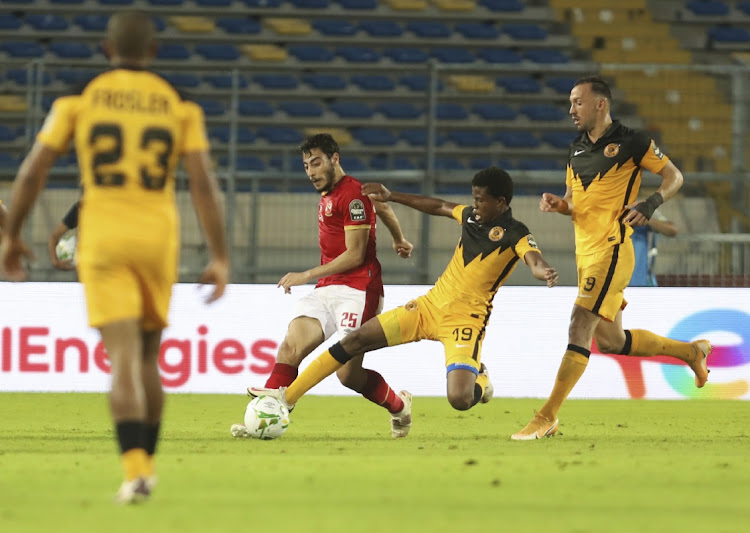 Kaizer Chiefs coach Stuart Baxter reckons they never really stood a chance to beat Al Ahly in the CAF Champions League final, revealing the only way they could have scored was through counter-attacks and set-pieces.

Baxter was in Amakhosi’s dugout for the first time since he returned to the club last month, with assistant coaches Arthur Zwane and Dillon Sheppard having been at the helm since the exit of Gavin Hunt towards the end of the domestic campaign.

The Glamour Boys mentor is of the view that only through counter-attacks and set-plays could they have managed a goal. While he admitted they defended poorly, Baxter also bemoaned Mashiane’s red card.

“The goals that we gave away were poor goals. If we defend properly and normally, we can extend that time when they don’t score and increase the frustration for them and maybe we get a set-play or a counter-attack,’’ said Baxter.

“Happy’s red card ... you are going in and scrambling and to decide it’s a cup final you can’t go on and play 4-4-1 and only defend, so we went with a 4-3-2, bringing on Khama [Billiat] which was a gamble because he’s not played for so long. Finals are defined by certain incidents and this one was affected massively by the red card. It changed the whole complexion of the tie.’’

Baxter, who is the last trainer to win a trophy (the 2014/15 league title) at Naturena, admitted it will be difficult to prepare for the new season as they’d be integrating new players into the set-up, having hardly had a break.

Al Ahly coach Pitso Mosimane is of the view that Kaizer Chiefs should have kept Stuart Baxter in the stands as he’d been in the semifinal meeting ...
Sport
4 months ago