Chiefs coach Baxter on Mashiane’s red card: 'It changed the whole complexion of the game' 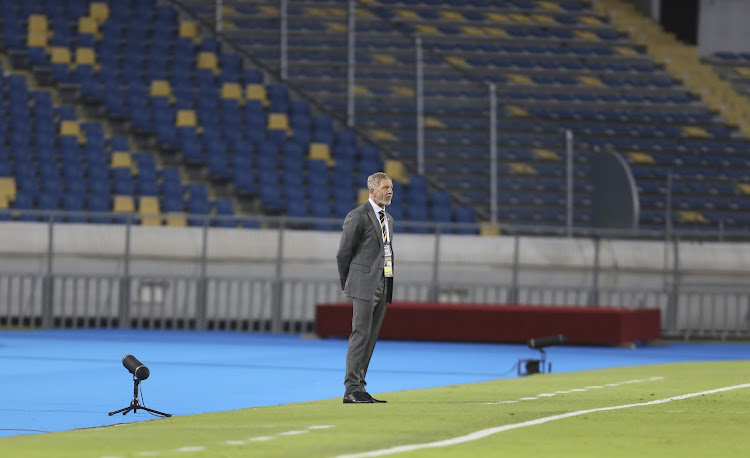 Baxter admitted that‚ after a bright start‚ Ahly had wrested the advantage as the opening half approached the break‚ and this had rattled some of the younger players into mistakes as Chiefs lost shape and direction.

But he said he would have been pleased to have gone to the change rooms at 0-0‚ and the defensive structure not having conceded clear-cut chances‚ and regroup and come out fighting in the second half.

Mashiane’s VAR-decided dismissal‚ for a rash challenge on influential right-back Akram Tawfik in first-half added time‚ made an already uphill battle too steep a gradient for Chiefs‚ Baxter said.

“I thought we started the game well‚” the new Chiefs boss‚ on the bench for the first time in the final after his work permit came through in time‚ said afterwards.

“We tried to press them a bit higher than we’ve done before‚ we tried to get the ball in quickly to our front three.

"Ahly then got out of our pressure a few times‚ and that’s where the younger players lost a bit of heart‚ and our pressure planed bit.

“I thought even though they had a lot of the ball we did quite a good job of defending our box‚ and still being a bit dangerous.

"And if we’d gone in at half time with a complete team then we could have tweaked a few things.

"So we went with a 4-3-2 and bringing on Khama [Billiat]‚ which was a gamble because he’s not played for so long.

“But even with that‚ I think the goals we gave away were poor goals.

"If we defend properly then we can extend that time when they don’t score and increase the frustration for them. And maybe then we get a set play or a counterattack.

“ … But the lads did unbelievably well to get to this final.

"So I think once the obvious disappointments of the defeat have settled they will get the credit they deserve.”

Baxter said in finals‚ where individual moments can decide a team’s fate‚ youngster Mashiane’s rush of blood on the big stage changed the complexion of the game.

“Finals are decided by certain incidents and I think this one was affected massively by the red card. It changed the whole complexion of the game‚” he said.

“I have to say that if we’d had 11 men on the field it would have been interesting to see what we could have done to ratchet up [the performance].

“We needed to keep the ball longer. The first pass out of their press was too bad. Our attacks became too short.

"We didn’t get the ball into the front three the way we wanted to.

“We did strangely enough‚ when Khama came on‚ get the ball into him a lot more. But having given away poor goals it was always going to be a mountain to climb.”

Ten-man Chiefs were easily outgunned by Pitso Mosimane’s Ahly in the second half.