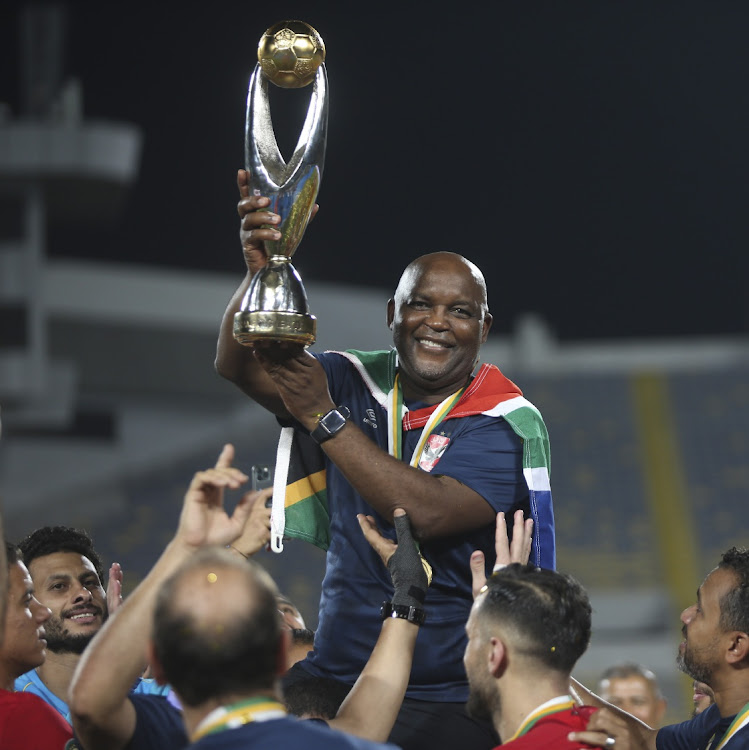 Al Ahly coach Pitso Mosimane is of the view that Kaizer Chiefs should have kept Stuart Baxter in the stands as he’d been in the semifinal meeting against Wydad Casablanca and allowed Arthur Zwane and Dillon Sheppard to lead the team in the CAF Champions League final against his team on Saturday.

Chiefs opted to have Baxter on the bench when they lost 0-3 to Ahly in the final at Stade Mohammed V in Casablanca, Morocco.

It was Baxter’s first match in charge since his return to the club to replace Gavin Hunt, who guided them to the semifinal before he was fired. “The surprise was Baxter on the bench and Khama Billiat starting from the bench,” Mosimane said after the match.

“Also, credit to Stuart. I know he has been working behind the scenes and helping them. But as a local and a township boy, I’m very happy for Zwane. “If it was my way, I think he should have finished what he started. But let’s not forget Hunt, he has done well and the way they played, it suited them in this competition.”

With the Champions League title his third, and second with Ahly in succession, Mosimane was full of praise for his players and said they deserved to win their 10th crown. “We really needed this trophy. I know the team from my country also wanted their first star, but we wanted it more than them,” Mosimane said.

Baxter back on Kaizer Chiefs’ bench in Champions League final

In a potential psychological boost to Kaizer Chiefs Stuart Baxter will be on the bench when they meet Al Ahly in the Caf Champions League final at ...
Sport
4 months ago
Next Article