Technical director to seat on bench with coach Motaung 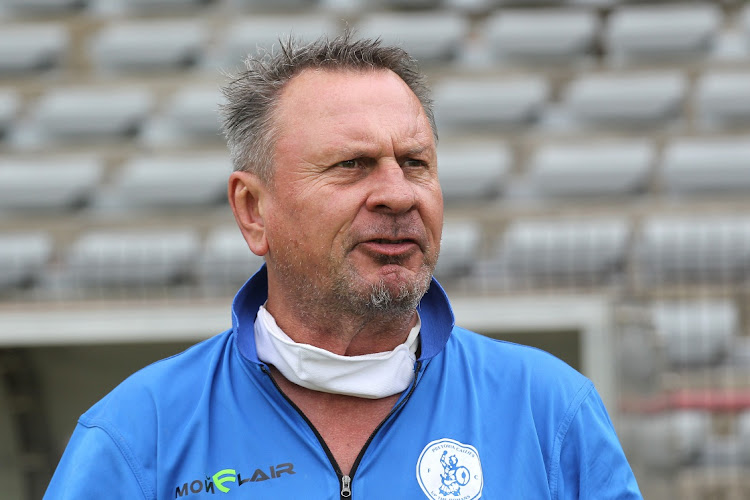 Sammy Troughton has returned to the University of Pretoria as a technical director after leaving the team five years ago.

However, do not expect him to sit in the office and prepare technical reports. Troughton said he would be hands-on, conduct daily training sessions and occupy his seat on the bench during matches to help head coach Tlisane Motaung.

The 57-year-old said the club approached him to help Motaung in their quest to gain promotion to the Premiership next season.

Troughton, who guided Pretoria Callies to the GladAfrica championships in the 2019/20 season, did not waste time as he unpacked his plans to get the team promoted.

“I never lost contact with the team and the football manager and coach told me that they needed help in the first team. We have been in discussion about that in the past few days. I am excited about the new challenge and want to help the team to get back to the PSL,” Troughton told Sowetan yesterday.

He said he wanted Tuks to change their mindset and help them to fight for promotion. He also said the coach had asked him to help him conduct training sessions, help with team selection, and not just focus on being a technical director.

“With me, it is clear I am serving in the technical director position. If the coach fails, I must take some of the responsibility. I am not afraid of that. I will do my best to help the coach. The coach asked me to be more hands-on than the usual technical director. I am not coming home to retire. I want to see the team in the PSL next season. There are expectations here.”

Troughton said they would bring in 10 new faces, and some of them would come on loan from Mamelodi Sundowns.

Team manager Khathochelo Mbanda confirmed that they were talking with Sundowns to loan them a couple of players.

“We are still discussing how many players they will loan us. We are close to finalising,” said Mbanda.

With Chippa United having an unwanted history of hiring and firing coaches, new coach Gavin Hunt is not bothered.
Sport
2 months ago

Kaizer Chiefs goalkeeper Daniel Akpeyi has lauded the club’s supporters for bearing with the team amid their five-year trophy drought, vowing they’ll ...
Sport
2 months ago

Pitso expects to be sacked if he doesn't beat Chiefs

Uninhibited Al Ahly coach Pitso Mosimane appears ready to leave the Egyptian heavyweights in the event of failing to win either the CAF Champions ...
Sport
2 months ago
Next Article