'Champs League will be just reward to end 5-year drought' 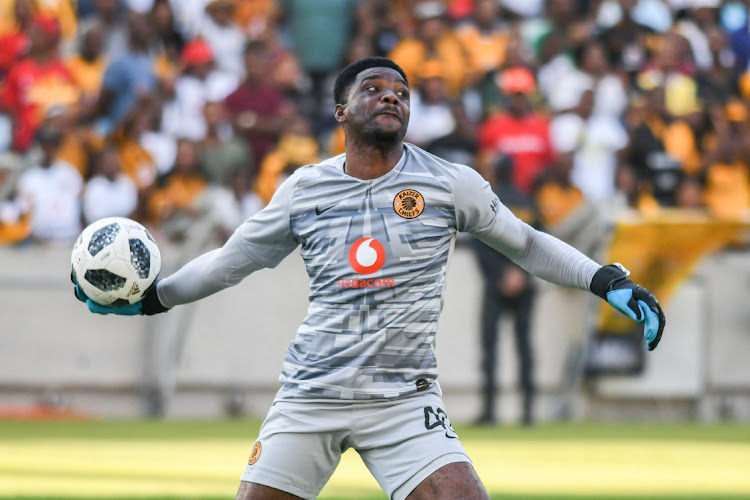 In what will be their maiden Champions League final, Chiefs face defending champions Al Ahly of Egypt at Stade Mohammed V in Morocco on July 17. Additional spice to the encounter is that Al Ahly are coached by a South African, Pitso Mosimane, himself a two-time Champions League winner with Mamelodi Sundowns (2016) and Al Ahly (2020).

“Honestly, I must applaud the fans for their patience all these years. They’ve been waiting for the team to deliver a trophy for some few years now and we are at that stage of doing it... even in a very big way this time around,’’ Akpeyi said.

“They (Chiefs fans) have been peaceful, yearning for the trophy. We believe that this is time to end the trophy drought. We want to put a smile on our fans’ faces.’’

The Amakhosi keeper gave a sense that winning the Champions League would be his career highlight, particularly that when he was still with his native Nigerian side FC Heartland they lost the final to Congolese giants TP Mazembe.

“One of my career goals has always been to play in the Champions League final and win it. The Champions League is one of the biggest tournaments in Africa and every player would want to be at this stage. Hopefully we’ll be crowned champions on the 17th of this month,’’ Akpeyi stated.

“The last time I was in the Champions League final with one of my previous teams (Heartland) we lost to TP Mazembe in 2009 and from there I’ve always been eager to play in the final again, and with God’s grace here I am today.’’

Akpeyi cautioned that if they’re to dethrone Al Ahly they need to stay focused the entire game, stressing the North African are always a tough nut to crack.

“For history’s sake, everybody knows Al Ahly to be that tough side. They’re a solid team. So it’s not going to be an easy day and that’s the reason we’ve started early with our preparations,’’ Akpeyi said.

Pitso expects to be sacked if he doesn't beat Chiefs

Uninhibited Al Ahly coach Pitso Mosimane appears ready to leave the Egyptian heavyweights in the event of failing to win either the CAF Champions ...
Sport
3 months ago

Al Ahly coach Pitso Mosimane has cautioned of Kaizer Chiefs’ remarkable unpredictability in 2020-21 as a dangerous factor for his team to be wary of ...
Sport
3 months ago
Next Article