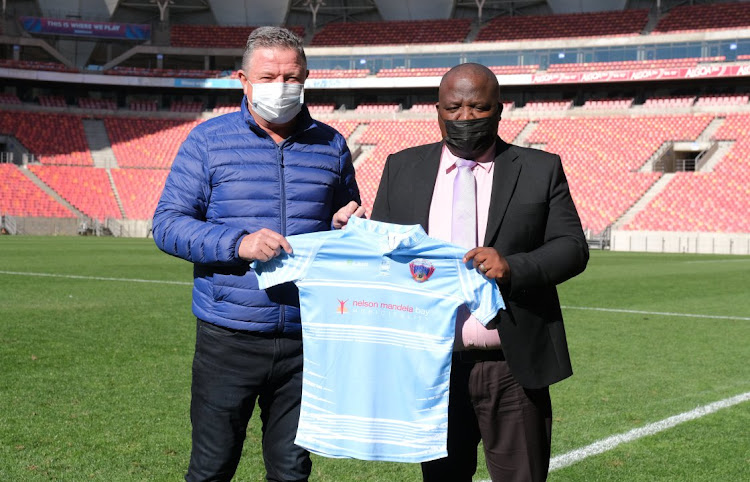 With Chippa United having an unwanted history of hiring and firing coaches, new coach Gavin Hunt is not bothered.

Hunt was yesterday unveiled as the Chilli Boys coach on a two-year deal, replacing Lehlohonolo Seema, who has joined Golden Arrows.

Since Chippa got promotion to the DStv Premiership in 2012, a total of 29 coaches have been fired by the notoriously trigger-happy club chairman Siviwe “Chippa” Mpengesi.

And while his appointment came as a surprise given his new employers' track record, Hunt insists his focus is to get the club competitive, which could likely see him stay for a while in Gqeberha.

“The chairman, Mr Mpengesi, has been talking to me, but you know the history of Chippa. People have been coming and going,” Hunt told the media.

The four-time league winner, who spent eight months at Kaizer Chiefs before he was fired, admitted that Chippa would need to sign players to be competitive.

“There has got to be more talent here that we can start bringing into Chippa United. I don’t have an ego. People are saying you are going to Chippa [and you will be fired], I’m not like that,” he said.

“I’m looking forward to the project. It would take a lot of work, a lot of discussions at all sorts of levels. But if we can put a good foundation in [we can be successful]. But first, we need to get the team competitive and that’s the most important thing."

Meanwhile, Mpengesi has promised to be more patient and support Hunt as he wants to change the identity of the team.

“When I spoke to him, he understood the vision we have here for him to accept to come here. He is going to make a difference and we are going to support him as a team. Please make us proud coach and we are all going to support you. We want our identity to change this year.”

Hunt replaces Lehlohonolo Seema who left the Gqeberha based side after he helped save the team's top-flight status in the promotion playoffs last ...
Sport
4 months ago

New Chippa coach Gavin Hunt after his appointment: 'People have been coming and going'

New Chippa United coach Gavin Hunt says tapping into the talent in the Eastern Cape will be key in building the Gqeberha-based club that appointed ...
Sport
4 months ago