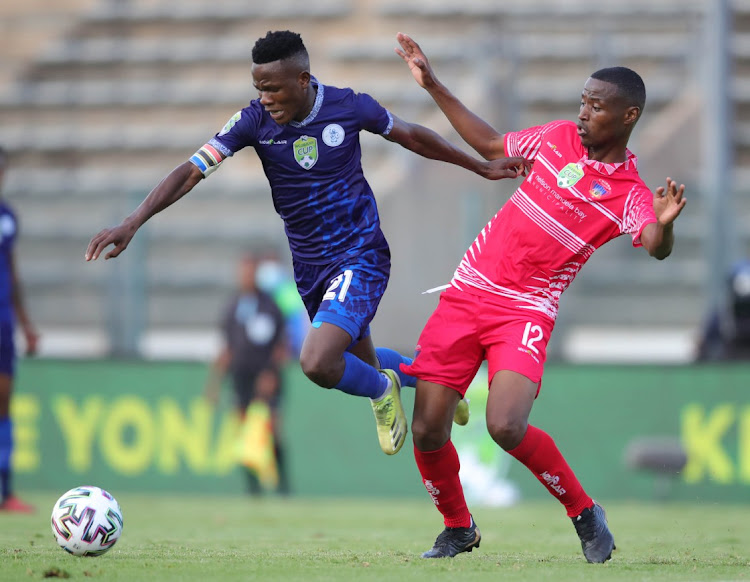 After securing a historic Nedbank Cup final spot by beating second-tier side Pretoria Callies over the weekend, Chippa United interim coach Siyabulela Gwambi has spoken about the importance of using the same energy that got them to the final to fight for survival as relegation stares them in the face.

The Chilli Boys, who were embroiled in a storm after hiring and releasing controversial coach Luc Eymael a few weeks ago, shrugged off their off-field drama to reach the final of Ke Yona, thanks to Sandile Mthethwa’s solitary goal in the semifinals against Callies at Lucas Moripe Stadium on Saturday.

Chippa’s brilliant run in this cup competition has given Gwambi hope they can also turn the corner in the DStv Premiership, where they occupy the 15th spot with just 17 points from 22 games.

“Knowing that we are not doing well in the league, we had to find a balance between the Nedbank Cup and the league. Reaching this final is a huge confidence booster in terms of also trying to do well to ensure survival in the league,’’ said Gwambi.

“I know our performance was not really good but we take the win. I am hopeful that the boys are motivated heading into our [league] game against Baroka on Tuesday (tomorrow). We aim to use the energy we have in the Nedbank to also improve in the league.’’

It was Gwambi’s second match in charge of Chippa after replacing Dan Malesela on a caretaker basis three weeks ago. Chippa owner Siviwe Mpengesi attempted to replace Malesela with Eymael but eventually withdrew the appointment amid public protest against hiring the Belgian who has been accused of racism in his previous job in Tanzania.

In July last year, Eymael was fired by Young Africans for referring to the club's supporters as “monkeys and dogs who know nothing about football”.

Gwambi, who was born in Zwide, Gqeberha, dedicated reaching the final to  Mpengesi and the people of Eastern Cape at large. Gwambi lost his maiden game in charge 2-1 to league leaders Mamelodi Sundowns last week. He must now face the all-conquering Brazilians in the final.

Meanwhile, Callies trainer Joel Masutha insinuated being in the semis was a feat in itself for Callies, who were campaigning in the third-tier just last season. Masutha also paid homage to his predecessor, Sammy Troughton .

“[Reaching the semifinals] shows that the team has grown in leaps and bounds. Credit must also go to coach Sammy, who took the team from the ABC Motsepe League to GladAfrica,’’ said Masutha.

On the back of an all-around superb display throughout the match at Loftus Versfeld Stadium yesterday, Tshakhuma Tsha Madzivhandila goalkeeper ...
Sport
1 year ago

Chippa United are into their first ever cup final, riding their luck and taking a rare chance to edge Saturday’s Nedbank Cup semifinal against plucky ...
Sport
1 year ago
Next Article