Malinga comes off the bench to score in Cosafa Cup 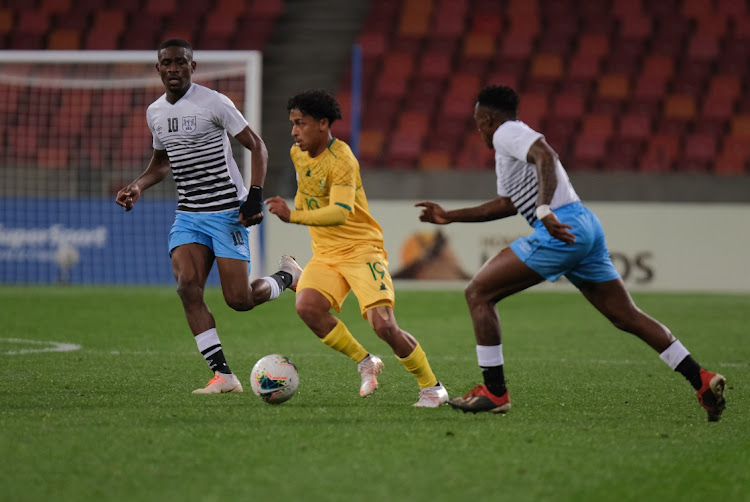 Swallows striker Kagiso Malinga came off the bench to score the only goal as Bafana Bafana got their Cosafa Cup campaign off to a winning start by beating Botswana at Nelson Mandela Bay Stadium yesterday.

Bafana will hope to build on this result in their second match against eSwatini tomorrow at the same venue. eSwatini also got off to the perfect start as they beat Lesotho 3-1 earlier yesterday and top Group A, courtesy of a superior goal difference.

As expected, Bafana enjoyed a lot of ball possession in the early stages, with Brooks and Siyethemba Sithebe dictating the pace in the middle of the park, but clear-cut chances were hard to come by.

Botswana were happy to absorb the pressure and catch Bafana on the counter and that's exactly what they did on the half-hour mark, but captain Veli Mothwa was on hand to produce a fine save to keep out Botswana attacks.

The hosts continued to turn up the pressure in the latter parts of the half in search of the opening goal, but they could only register a couple of wayward efforts towards the end of the opening half.

Botswana came back a better side in the second half and started to create opportunities, but failed to convert them.

Malinga gave the hosts the lead seven minutes after the hour mark, against the run of play. He had replaced Thabang Sibanyoni in the second half and didn’t take much time to make his mark as he guided Bafana to victory.

Bafana searched for the second goal but could not get it and had to settle for a 1-0 victory.

Botswana finished the match stronger as they searched for the equaliser, but Bafana defended well.

Bafana Bafana assistant coach Helman Mkhalele has urged players to use the Cosafa Cup to audition for places in the team ahead of the Fifa 2022 Qatar ...
Sport
6 months ago

The decision to appoint AmaZulu goalkeeper Veli Mothwa Bafana Bafana captain for the Cosafa tournament caught him by surprise.
Sport
6 months ago