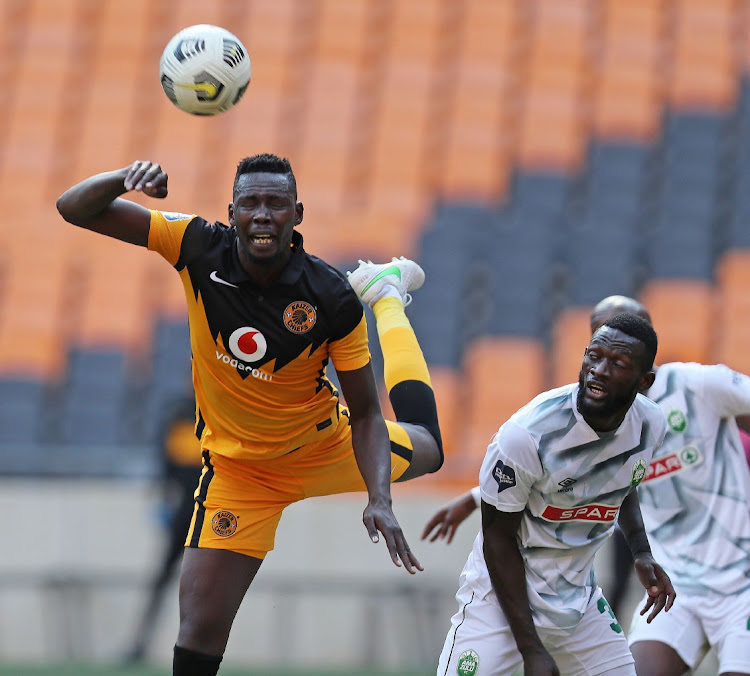 Chiefs will welcome Wydad in the second leg of the CAF Champions League semifinal, having won the away leg 1-0 last week Saturday. The Moroccans are going into this titanic tie on the back of a 2-0 win over Berkane, where they rested a number of key players so they are fresh for tomorrow's game.

Mathoho, who is Amakhosi’s all-time leading scorer in the Champions League with six strikes, feels resting players before the clash at FNB Stadium will not make any difference for Wydad.

“I think it’s the same thing because those players who were rested are the ones we played against away and we managed to win the game,” said Mathoho yesterday.

Assistant coach Arthur Zwane, who will again be in the dugout as coach Stuart Baxter is not expected to get his work permit in time, stressed the importance of not paying attention to the hype the game has generated, saying grasping tactics was more crucial.

“What’s key at the moment is to make sure that everybody is 120% focused on what’s happening in terms of tactics and the planning going forward,” said Zwane.

Vowing to fight, Mathoho underlined the importance of not conceding. The experienced centre-back entreated his teammates to avoid losing concentration in the game.

“It’s going to be a tough game but we’re ready to fight. We’re not going to allow them to bully us. We have to switch on from the first minute until the last minute. A clean sheet is very important as it would mean we go through to the final... it’s a must to keep a clean sheet,” said the 31-year-old defender.

Tower attributes his Champions League goalscoring exploits to his teammates.

“I am happy to be the all-time Champions League top scorer for the club. As a defender it’s not easy to score goals and that’s why I give credit to my teammates who supplied crosses before I scored these goals,” said he said.

Samir Nurkovic warns Kaizer Chiefs: It's not over yet

First leg goal-scorer Samir Nurkovic has cautioned Kaizer Chiefs that their semifinal tie is far from over yet‚ and that they still have a job to do ...
Sport
7 months ago

There has been no change on new Kaizer Chiefs coach Stuart Baxter’s work permit situation and he will continue to watch from the stands in the second ...
Sport
7 months ago

Kubeka was there when Amakhosi clinched the 2001 African Cup Winners' Cup, which remains their only continental trophy. The tournament was ...
Sport
7 months ago
Next Article