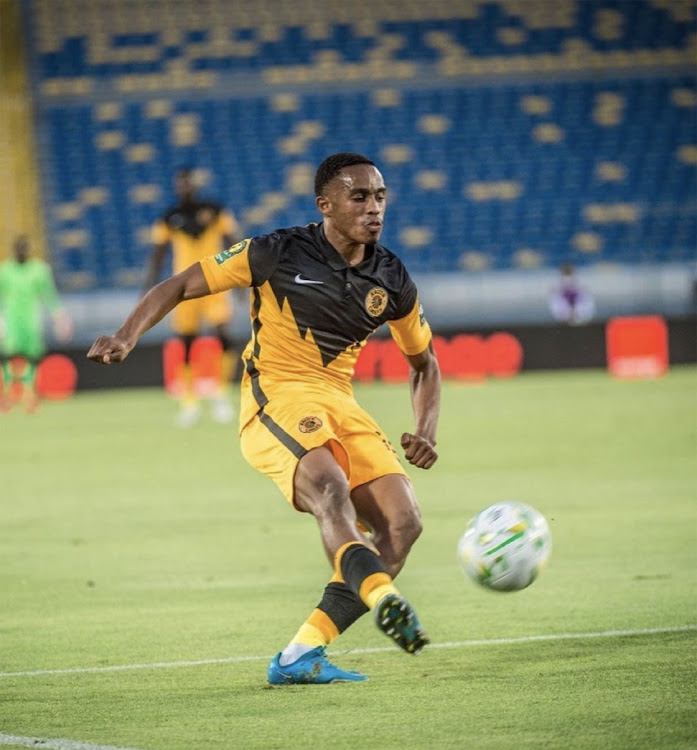 Amid his meteoric rise, budding Kaizer Chiefs midfielder Njabulo Blom has received his fair share of criticism for nasty and reckless tackles.

Blom, whose defensive prowess and astute thinking inspired Chiefs to a famous 1-0 win over Wydad Casablanca in the first leg of the CAF Champions League semifinals in Morocco on Saturday, has conceded his tackles are reckless at times.

The lad from Dobsonville in Soweto has promised that as he grows, he will eliminate recklessness from his game. Blom, goalkeeper Bruce Bvuma, centre-back Eric Mathoho and striker Samir Nurkovic were named in the Champions League team of the week by CAF for their gallant efforts against Wydad.

“I feel like I have been reckless in some games in terms of my tackles but then I also feel like perfecting tackles comes with experience. As times goes, I am positive that I will get it right,’’ Blom told Sowetan.

The 21-year Chiefs defensive midfielder has accumulated six yellow cards and one red this season. In some games, like in the Soweto derby against Orlando Pirates in February when he fouled Vincent Pule in the box, Blom gets away with his nasty challenges.

“Sometimes as a player you struggle with the tempo of the game and use those tough tackles to break down the opposition’s momentum. But, all in all, I understand that I have to eliminate those types of tackles because they could cost my team,” he said.

Blom assisted Nurkovic to score the all-important goal in Morocco. Chiefs became the first SA team to beat the mighty Wydad in their backyard. The second leg is at FNB Stadium on Saturday (6pm).

On the back of a below-par domestic campaign, where they had to eventually settle for eighth position on the log by virtue of winning their last two games, Blom believes winning the Champions League would negate the poor season they had domestically.

“We take it game by game but, to be honest, winning the Champions League would mean we had a successful season, what happened domestically is behind us now.”

Daniel Cardoso believes the work that has been done tightening up a problematic defence at Kaizer Chiefs in the past few weeks just might help the ...
Sport
7 months ago

Wydad Casablanca may be enjoying a good run, but that’s not a concern for Kaizer Chiefs ahead of their CAF Champions League semifinal first leg at ...
Sport
7 months ago