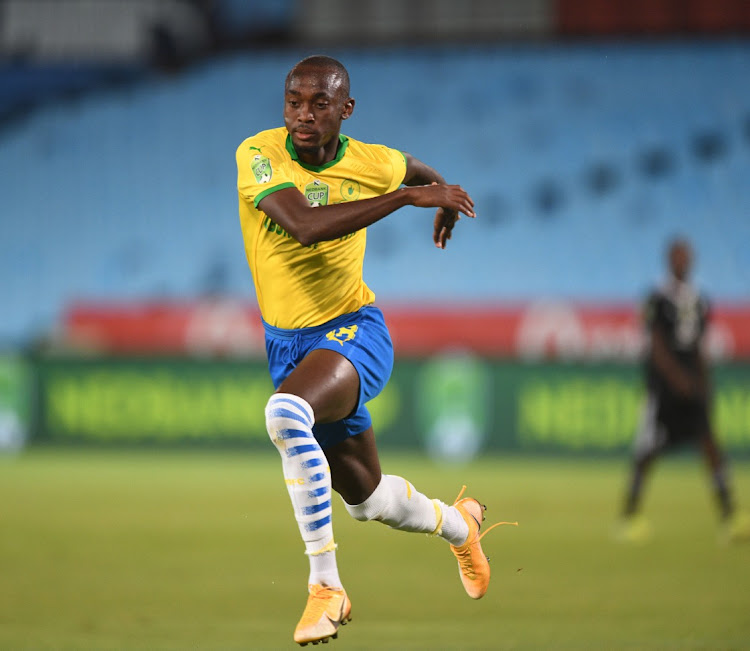 Namibian Shalulile was named footballer of the year, voted for exclusively by the 16 DStv Premiership coaches, and players’ player of the year in an event held virtually for the second year running but broadcast live.

Two major awards worth R400,000 were just reward for the nippy 27-year-old striker who set the scene alight after his arrival at Sundowns from Highlands Park at the beginning of the season.

Shalulile has had a blistering campaign during which he scored 22 goals in all competitions as he led Sundowns’ inexorable march towards a fourth league championship in succession. Such was his impact that the Brazilians tended to struggle when he was missing, and blossomed as soon as he returned to action.

He beat teammate Themba Zwane and Maritzburg United’s Thabiso Kutumela, who also boasted a productive season, to both awards.

Zwane, meanwhile, may not have been able to defend his footballer of the year crown but was voted midfielder of the year for the second year running, after reaching double figures with 10 goals for Sundowns.

Despite letting in the least number of goals, Sundowns could not produce the best defender, as that honour went to Swallows’ Njabulo Ngcobo, who fended off the challenge of Downs skipper Mosa Lebusa and Tapelo Xoki of AmaZulu.

But Downs veteran keeper Denis Onyango was rewarded for keeping 15 clean sheets with the goalkeeper of the season award. Baroka's Evidence Makgopa won young player of the year award.

AmaZulu coach Benni McCarthy, who led the team to a historic second place, was named coach of the year, but that might raise eyebrows given that his team finished a distant 13 points behind a Sundowns side led by Manqoba Mngqithi and Rulani Mokwena.

There can be little argument regarding the best players in the cup competitions. Deon Hotto of Orlando Pirates was named MTN8 last man standing, while Tshakhuma Tsha Madzivhandila’s Washington Arubi was the best player in the Nedbank Cup.

Orlando Pirates and Tshakhuma Tsha Madzivhandila (TTM) will represent SA in the Caf Confederation Cup next season after the two teams finished the ...
Sport
1 year ago

Champions Mamelodi Sundowns ended their near invincible DStv Premiership campaign with a flourish by convincingly defeating Cape Town City 3-0 at ...
Sport
1 year ago

Mamelodi Sundowns have cleaned up at the DStv Premiership’s monthly awards again‚ with Peter Shalulile winning player of the month for May and June‚ ...
Sport
1 year ago
Next Article