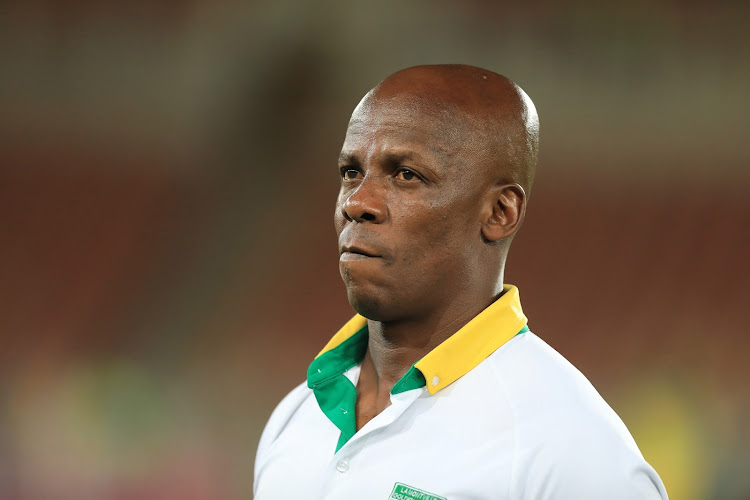 Lamontville Golden Arrows coach Mandla Ncikazi will be asking his players to improve at both ends of the field against Stellenbosch FC.
Image: Philip Maeta/Gallo Images

Given the season they have enjoyed under Mandla Ncikazi, fourth place in the 2020-21 DStv Premiership might come as a disappointment to Lamontville Golden Arrows.

Abafana Bes’thende, though, are relying on Orlando Pirates slipping up on Saturday’s final day of the campaign, where Arrows need a win and nothing less at home to Stellenbosch FC at Sugar Ray Xulu Stadium to be in contention to finish third.

Pirates (49 points, +11 goal difference) can wrap up third place and a return to the Caf Confederation Cup – where they exited in the quarterfinals this season – with a draw against Tshakhuma Tsha Madzivhandila at Orlando Stadium.

If Bucs lose, and Arrows (46 points, +12 difference) win, the Durban team will end third. Mamelodi Sundowns and AmaZulu have already wrapped up first and second place.

Even if Pirates win, Ncikazi’s men will aim for a win to at least secure fourth, and their highest-ever PSL placing – Arrows previously finished a highest of fifth twice. Missing out on that accomplishment would seem an injustice for a team who have played strong, sophisticated football in 2020-21.

Lose, and Arrows will open the opportunity for SuperSport United (44 points, +6) to move into fourth if the Pretoria team beat 15th-placed playoff candidates Chippa United at Nelson Mandela Bay Stadium.

Arrows played their brand of football, compact in defence, quick and skilful in attack, that has brought them into the PSL top four, in their 3-2 defeat to Kaizer Chiefs at FNB Stadium on Saturday. They just met a team on the rebound after their break-up with head coach Gavin Hunt.

Kaizer Chiefs aimed to tire out Lamontville Golden Arrows and then exploit the spaces that a confident and attacking opposition would leave behind ...
Sport
11 months ago

The Durban side also had weaknesses at either side of the field, which Ncikazi will want an improvement on against Steve Barker’s tough Stellenbosch, a side who would have been far higher than 14th place had they taken more of their multitudes of chances in 2020-21.

“I thought that if we took our chances we would have won the match. But again, if you don’t take your chances and you defend the way we defended you’re not going to win football matches,” Ncikazi said of his team’s performance against Chiefs.

“I avoid talking about what I can’t control. But what I can control is for Arrows to take their chances if we have them, and we defend better. If we do that we have a chance to win a match.

“We are still on course in finishing as high as we can. We run our own race. Let’s not be sidetracked by the result [against Chiefs].

“I think the players have done exceptionally well thus far. Let’s continue – there’s the last match and anything is still possible – I’m still proud of the players.”

The other notable matchup for the top half of the log on Saturday is between eighth-placed TS Galaxy (36 points, -4 difference) and ninth-placed Chiefs (33, -4), where the winner will end eighth and qualify for next season’s MTN8.