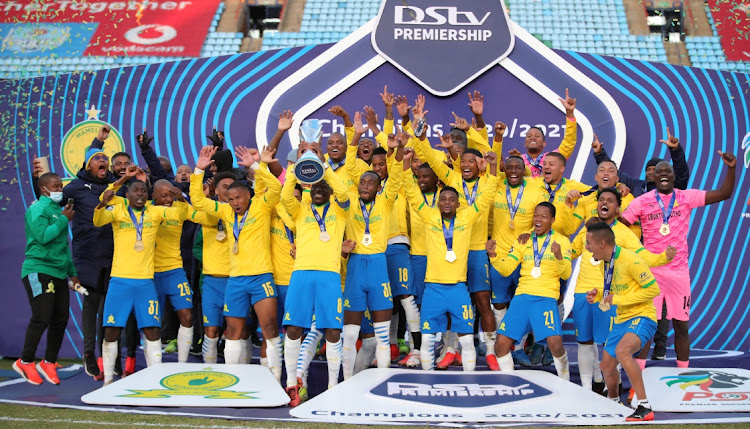 The respect coaches Manqoba Mngqithi, Rulani Mokwena and Steve Komphela have for each other was the recipe for success Mamelodi Sundowns needed in the season that ended at the weekend.

These were the words of co-coach Mngqithi after Sundowns were crowned the DStv Premiership champions on Saturday at Loftus Versfeld Stadium.

When Komphela joined Mngqithi and Mokwena at the beginning of the season, many did not understand how they were going to work and thought there would be ego clashes among them.

But Mngqithi, who is the leader, said they had mutual respect and it was easy because everyone knew their responsibilities.

“What normally creates problems is lack of direction and clarity in situations like this,” Mngqithi explained.

“I think that’s one of my strengths as a person and I know in a position of leadership you must always be considerate to the rest of the group and the people you are leading.

“Have compassion because at times, if you are selfish as a leader, you step on other people’s toes not aware. But a little bit of selflessness and humility because at times you have to compromise a lot and there is mutual respect.”

The 50-year-old coach also believes that people who thought that they would fail as a technical team have been proven wrong.

“People are also willing to be led and it makes the job easier. But more than anything else, we’ve always been colleagues and maybe friends to a certain extent,” he said.

Having dominated the PSL by winning their record 11th title, Mngqithi said their target was to conquer the continent by winning the CAF Champions League again.

“We have a big responsibility to win the Champions League and compete in the club world cup.”

Champions Mamelodi Sundowns ended their near invincible DStv Premiership campaign with a flourish by convincingly defeating Cape Town City 3-0 at ...
Sport
7 months ago

Mamelodi Sundowns have cleaned up at the DStv Premiership’s monthly awards again‚ with Peter Shalulile winning player of the month for May and June‚ ...
Sport
7 months ago
Next Article