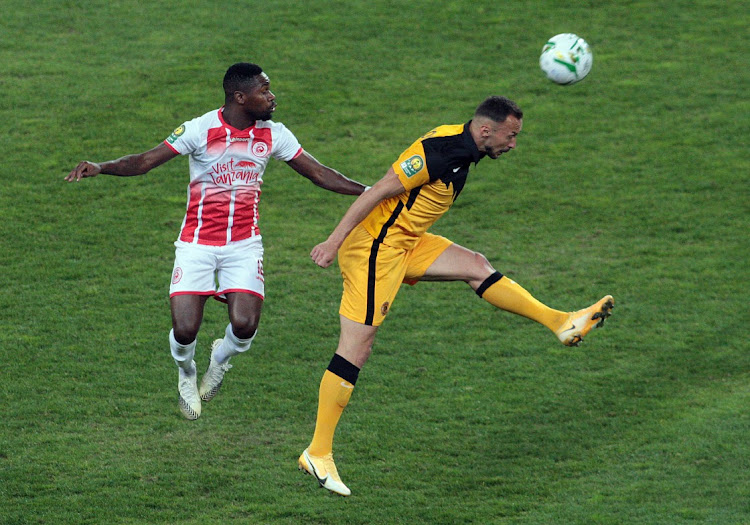 Kaizer Chiefs are going in for the kill in their CAF Champions League quarterfinal second leg against Simba SC at the Mkapa Stadium in Dar-es-Salaam, Tanzania, tomorrow at 3pm.

The Soweto giants have one foot into the semifinal after a commanding 4-0 victory at FNB Stadium last week.

However, the Tanzanian Premier League log leaders hold the record for the greatest comebacks in Africa's premium club competition.

In 1979, the Tanzanian giants beat Zambia’s Mufulira Wanderers 5-0 away after losing 4-0 at home in the first round.

Amakhosi stars Samir Nurković and Happy Mashiane are not reading too much into Simba's history of comebacks. The pair believe that playing in front of a crowd could work to their advantage as they aim to silence them early in the game.

“We are looking forward to the return leg and we have worked hard to prepare for this match. We will do everything to get to the semifinal stages. We want to continue from where we left off in the previous match,” said Nurković.

The lanky Serbian said they prefer to focus on themselves and not think too much about Simba's comebacks in the competition. “We can't think about those things too much. What we have to do is to stay focused. We have to focus on how we are going to play and approach the game tomorrow,” he said.

Nurković scored a brace in the big win against the Tanzanian giants and hopes to find the back of the net again.

Mashiane said they would not take their foot off the pedal and would finish them off in Tanzania. “Anything can still happen, it is a game of football. We will not be carried away by our big lead.

"The coach told us to exercise caution and not to take them for granted. We managed to score four goals at home and they can do the same over there. We have to be focused and double our efforts,” said Mashiane.

But Motaung vows they won't be distracted
Sport
8 months ago

Domestically Kaizer Chiefs have perhaps never been worse, and in the Caf Champions League they just seem to get better, demolishing Simba SC 4-0 in ...
Sport
8 months ago
Next Article