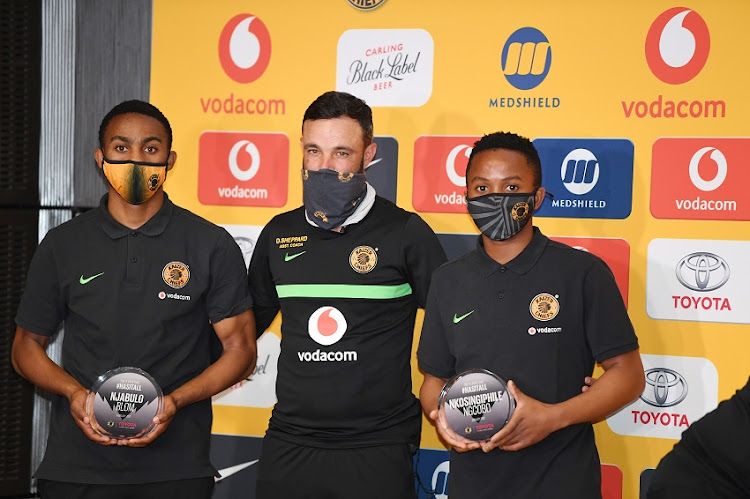 Ngcobo beat his nominees to the December/January award‚ where the winner is voted for by the supporters. Blom (21) won the February/March award. For Ngcobo it was a second successive monthly award as he also had won the first such prize for December.

The pair were handed the keys to two Toyota Corollas – Toyota are a Chiefs sponsor‚ and their partner in the monthly award – at FNB Stadium on Wednesday‚ which they will drive until the end of the season.

Ngcobo said that he and Blom winning the monthly awards is a reflection of a season where‚ amid a transfer ban and need to rebuild Amakhosi’s squad‚ coach Gavin Hunt has accelerated introducing younger players.

“It boosts our confidence as players and we want to compete more for such things. It’s a motivation for us‚” the SA Under-23 international said.

“This was the great opportunity and I think we used it‚ we made sure that we worked hard to contribute to the team performance.

“So I think it was a good season for some of us‚ especially the young ones. But as a team‚ I think we didn’t do things the way we wanted to.

“But I think there are a lot of positives and going forward I think we are going to do better.”

Njabulo Blom is presented the keys to a @ToyotaSA Corolla for winning @KaizerChiefs player of the month award for February/March pic.twitter.com/6hhRLD6ttM

“It’s a great feeling. Obviously it shows the hard work that we’ve been putting in on the field‚” Blom said.

“Though we also have to come back and thank them for guiding us and leading us on and off the pitch and showing us the way.”

Blom said being voted for by the fans should not go to the young players’ heads.

Nkosingiphile Ngcobo is presented the keys to a @ToyotaSA Corolla for being @KaizerChiefs player of the month for January/February. pic.twitter.com/RLpMxjSNFm

“We as youngsters have to be careful in terms of how the fans hype us. It can make or break you‚” he said. “We have to keep our feet on the ground and not be over-excited.”

Chiefs‚ battling in 10th place with three matches to go in the DStv Premiership‚ are on the verge of a historic semifinal in the Caf Champions League.

Amakhosi meet Simba FC in Dar Es Salaam‚ Tanzania on Saturday in the second leg of their Champions League quarterfinal with a commanding 4-0 advantage from Saturday’s first leg at FNB Stadium.