Stellies could avoid automatic drop with a win 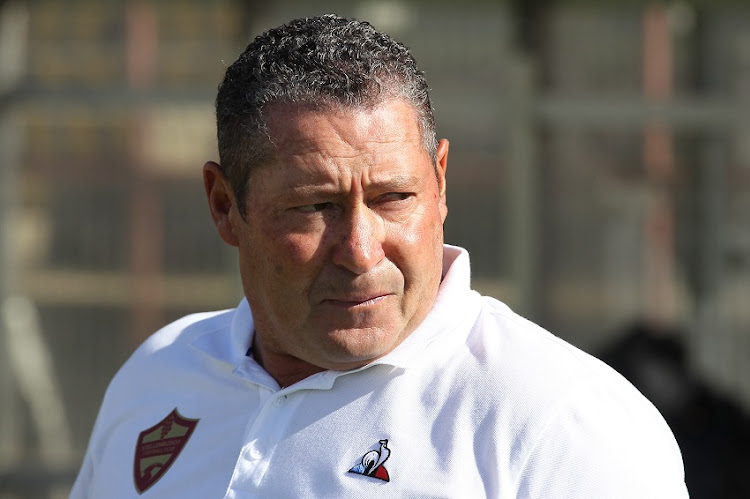 Stellenbosch will escape the automatic relegation should they get a victory against Swallows at Dobsonville Stadium this afternoon (3pm).

A win will see them move to 29 points with bottom side Black Leopards only to finish on 28 points should they win their remaining three matches.

But a worry for coach Steve Barker is that they have not recorded a victory in their last nine matches, with eight of those ending in draws.

“We understand that there are few points to play for and the position we are in is very precarious,” Barker told the club media department yesterday. “We are very mindful of our situation, which demands a response every time we don’t get positive results that we work hard to get.

“The mood in the camp is upbeat. Everybody understands what needs to be done. We’ve prepared well for the match against Swallows and I do believe that the commitment of the players is on a high level.

“Our recent performances have been good. However, we need to turn those good performances into results. This is a very important game for us as a club this season and one that we have to go there and get maximum points.”

Swallows are unbeaten in nine matches, with eight of those ending as draws. A victory will see them move to third on the table and Barker is aware that is not going to be an easy match with both teams desperate for maximum points.

“I think we all understand that this is a crucial period and we have to win matches, which we’ve not done lately,” he said.

“We’ve to concentrate on what we need to do. We know in the next three games, we need to win a minimum of two matches.

“We don’t have time on our side, and it is important we get maximum points. We’ve to work hard for these results. It is not going to come easy.”

There is all to play for in the final round-robin mini-league of the DStv Diski Challenge Rewired this weekend. A place in the semifinals is up for ...
Sport
6 months ago

Orlando Pirates disturbingly lacklustre and lucky to draw against Stellenbosch

Stellenbosch FC paid for missing a procession of missed clear chances in the opening hour having to settle for a 0-0 DStv Premiership draw against a ...
Sport
6 months ago