But JZ says they have 'no fear' 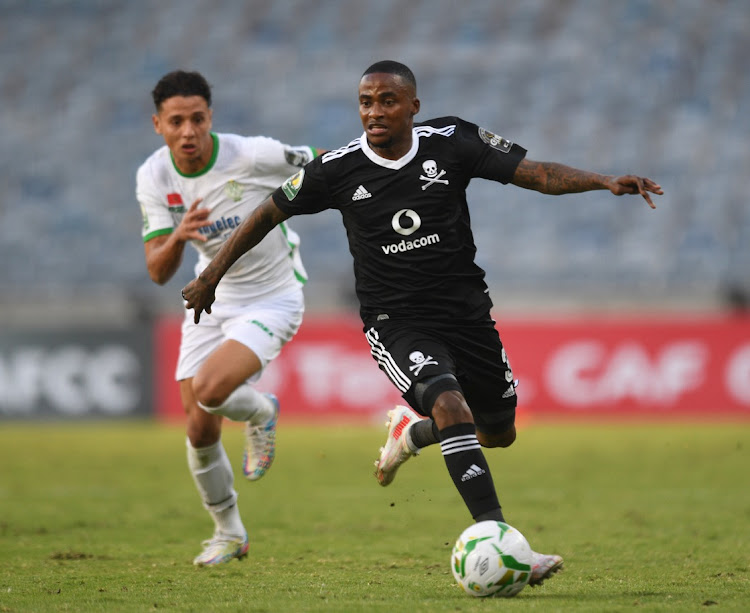 That Orlando Pirates didn’t score even a single goal away in the group phase of the CAF Confederation Cup paints a gloom picture of them qualifying for the tournament’s semifinals.

The Buccaneers surrendered their lead to eventually settle for a 1-all draw against Raja Casablanca in the first leg of the Confed Cup quarterfinals at Orlando Stadium at the weekend. Conceding at home means Pirates now have all to do in the second leg in Morocco on Sunday (6pm).

Pirates' rather uninspiring Confed Cup away record makes it easy to predict they’ll struggle in Morocco. Out of the three pool stages fixtures Pirates played away, they never scored a goal, conceding one in the process. Vincent Pule’s strike six minutes before halftime was cancelled out by Ben Malango in the 72nd minute. Pirates’ away pool phase matches against Algerian side ES Sétif and Ali Benghazi of Libya ended goalless before losing 1-0 to Enyimba of Nigeria.

Even so, coach Josef Zinnbauer is confident they can defy the odds and stun the Moroccans in their own backyard. The Buccaneers trainer, whose future may depend on the game in Morocco, has vowed they’ll fight harder on foreign soil.

“We have no fear, but we have respect for Casablanca because they’re a big club. We have a chance in the second leg and we’re looking forward to it. We are confident we can score there and we will fight more. The target is to score first,’’ said Zinnbauer.

The German also banks on the possible return of injured players like Thabang Monare, Terrence Dzvukamanja and Richard Ofori. At Orlando, Pirates also welcomed back their star man Thembinkosi Lorch, who’d never featured since tearing his abductor in February. Lorch replaced Fortune Makaringe late in the second half.

“We will maybe get injured players back. They’re coming closer to fitness and I hope next week we'll have some of them back in the team. The list of our injured players is long but maybe Monare, Dzvukamanja and Ofori can help us in the second leg,’’ Zinnbauer revealed.

Orlando Pirates coach Josef Zinnbauer has admitted his team’s performance in their 0-0 DStv Premiership draw against Stellenbosch FC at Danie Craven ...
Sport
1 year ago
Next Article