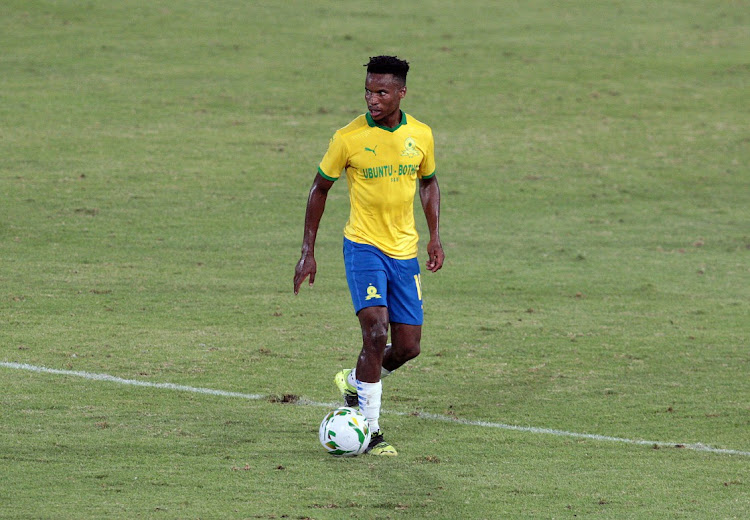 Themba Zwane gives the team a lot of attacking optiongs going forward and his absence against Al Ahly was missed.
Image: Veli Nhlapo

Zwane didn’t recover from the hamstring injury he was carrying ahead of the encounter and had to be withdrawn before facing Sundowns’ former coach Pitso Mosimane‚ who is now at the helm of Africa’s reigning champions Ahly.

The midfielder's absence forced Mngqithi to start the game with Gaston Sirino‚ but the Uruguayan faded and was replaced in the second half as the Sundowns bench felt he was being forced to play deep instead of spearheading their attack.

“It was unfortunate that in the last stage of the preparation we had to pull him (Zwane) out because he was not 100% fit‚” said Mngqithi of the influential player who gives the Brazilians a lot of attacking momentum when he’s on the field.

“That had an effect on how we approached the game. But I still give credit to the players that played.

“I think they played very well and we were just unfortunate not to score. You can imagine if we had scored first with the chance we got what would have happened in this match?

“When you’ve hit the upright and missed with a whisker in the first half on a corner kick and you also got another very good corner kick in the second half‚ where El-Shenawy really came to the party‚ you are always made to believe that you had a chance to score three goals.

“But we were unfortunate not to score those three goals.”

On Sirino’s performance and substitution‚ Mngqithi said the pint-sized Uruguayan retreated to deep positions when he didn’t have the ball and that affected their game going forward.

“At the time we took him out‚ Sirino was being kicked a lot and he was beginning to move away from the number 10 position‚” said Mngqithi.

“He was coming back and playing like a midfielder and it was not helping us because that’s where we wanted to have more numbers‚ in and around the opposition box‚ more especially in the zone 14 or the grey zone.

“But unfortunately because he was kicked far too many times without the opponents getting any bookings‚ it ended up forcing him to play a little bit backwards and without him facing the game.”

Mngqithi did not want to dwell too much on the Mosimane factor in the second leg in Pretoria‚ insisting that the altitude could decide the return leg.