Draw at All Stars will secure promotion 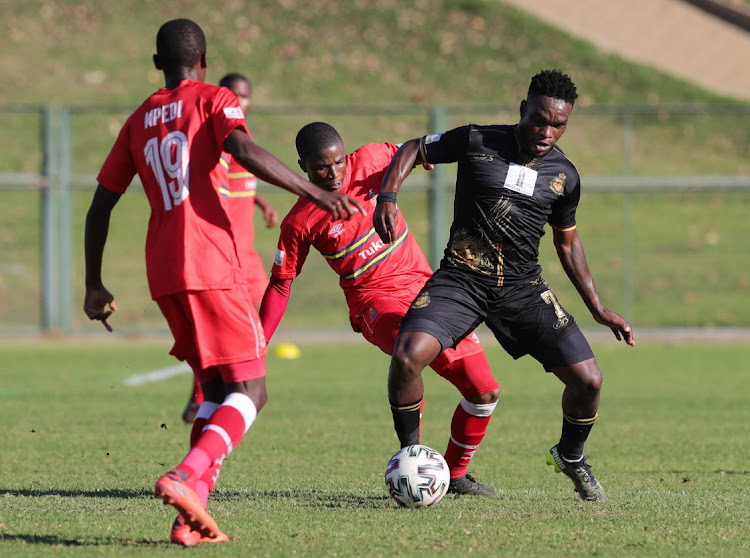 Even a draw against Cape Town All Stars at home in the last game of the season on Sunday will be enough for Durban-based Royal AM to gain automatic promotion to the Premiership.

Should GladAfrica Championship log leaders Royal lose to All Stars, they can still secure automatic ascendancy into the top flight, given that second-placed Sekhukhune United don’t win in a synchronised tie against JDR Stars. It will be a tougher battle for Sekhukhune because sixth-placed Stars (44 points) have a slim chance to claim a play-offs slot, so they'll be out to fight until the last drop of blood.

As third-placed TS Sporting are four points adrift off leaders, the race for automatic promotion is only between Royal and Sekhukhune. Sporting and Richards Bay, who’re fourth, are equal on points (46) with only the goal ratio separating them.

The race for two play-offs spots is therefore wide open, as fifth-placed Free State Stars, level on points with JDR Stars, are also in the running.

Having been on top of the table for a while until they were toppled by Royal a fortnight ago, Richards Bay are at risk of ending up failing to even be in the play-offs.

In order to be in the round-robin play-offs, the Natal Rich Boyz need to beat relegation-threatened Steenberg, praying that Sporting, who’re only better than them by virtue of a better goal difference, tumble away to Pretoria Callies.

As far as the relegation battle is concerned, one of Mother City clubs in Cape Town Spurs and Steenberg will follow Bizana Pondo Chiefs to the third tier of SA football. Steenberg and Spurs are neck and neck on 30 points, separated by goal difference in the 14th and 15th spot respectively. Spurs host University of Pretoria in their last game.

The race for automatic promotion was narrowed down to between leading Royal AM and second placed Sekhukhune United after long-time leaders Richards ...
Sport
1 year ago

With wheels falling off for Richards Bay, who looked certain to clinch automatic promotion until losing their last two games, Royal AM are now hot ...
Sport
1 year ago
Next Article