'We’ll do some introspection going forward' 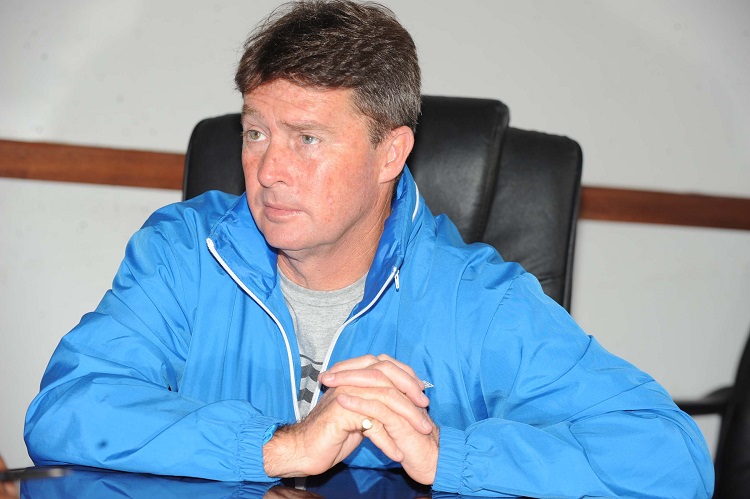 As much as he fears their 4-0 humiliation by Mamelodi Sundowns could affect his players mentally going forward, Polokwane City coach Johnny Ferreira feels there are lessons to be taken from the heavy defeat.

Downs scored three swift goals through Peter Shalulile, Lebohang Maboe and Lesedi Kapinga within the first 15 minutes of the match, before Andile Jali converted from the spot midway through the first-half to eliminate Polokwane from the Nedbank Cup in the last 16 at Loftus Versfeld on Wednesday.

Ferreira had wrries the big defeat may be detrimental to his players’ mindset going forward. The former Uthongathi mentor, however, remained positive they can learn a lot from the humiliating loss to the Brazilians.

“It’s one game we use as a lesson, but clearly from an emotional viewpoint you want players to put it behind them, it’s history. Let’s take what we can learn from the mistakes we committed. But I suspect that’s a great mental barrier even though we displayed a great positive spirit and body language in the change room [after the game],’’ said Ferreira.

“I’d like to believe that there are many lessons that we could learn from today’s [Wednesday’s] game. If you want to play at a higher level, if you want to play at this Sundowns level, you have to alleviate your game 220 percent, otherwise you’re going to get to this level.’’

Ferreira admitted allowing Downs to score quick goals early in the first half did them in as City found it difficult to stake their claim in the game thereafter.

“You give one goal away against Sundowns in the first 20 minutes it’s a lot, it’s an uphill task… to give four goals away in the first 16,17 minutes put us completely on the back foot, it took the wind out of ourselves completely,’’ noted the Polokwane coach

Polokwane have since switched their concentration to Sunday’s GladAfrica Championship tie against TS Sporting at Kabokweni Stadium (3.30pm).

“It’s not the end of the world but we’ll do some introspection going forward. I will give them [the players] a break tomorrow [yesterday] a physical and a mental break. They will come back on Friday [today] then we depart for Nelspruit  [as] we’re playing Sporting on Sunday,’’ said Ferreira.

Pretoria Callies have a desire to be in the last four of the Nedbank Cup and will give their all to achieve that.
Sport
6 months ago

Chippa United coach Dan Malesela views the Nedbank Cup as an opportunity to regain confidence as his struggling charges continue to battle relegation ...
Sport
6 months ago
Next Article