Amakhosi get into top eight with come-from-behind win 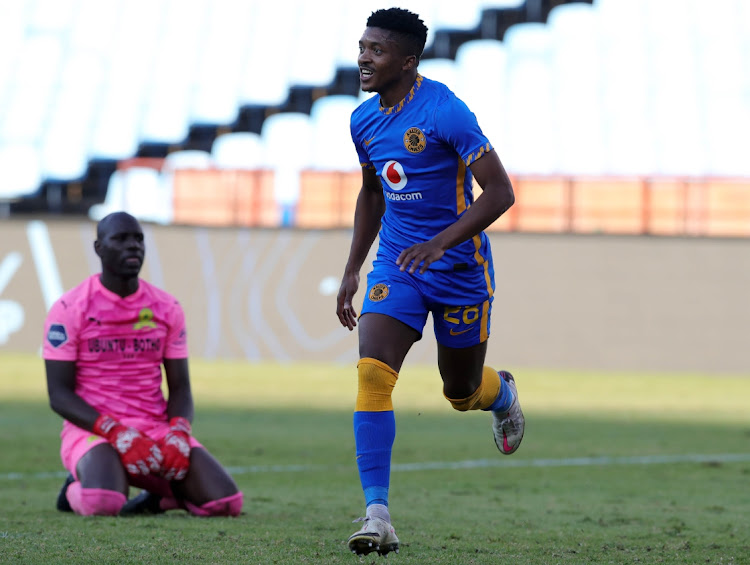 After halting Mamelodi Sundowns’ dream of ending the DStv Premiership campaign without a loss by beating them 2-1 at Loftus Versfeld Stadium yesterday, Kaizer Chiefs coach Gavin Hunt reminded his troops about the importance of putting in a gallant display even against smaller teams.

Chiefs’ come-from-behind victory, sealed by goals from subs Samir Nurković and Dumisani Zuma, didn’t only propel them to the elusive top-eight spot, but it also ended Sundowns’ unbeaten league streak after 22 games.

The Brazilians were without three of their key players in Peter Shalulile, Sphelele Mkhulise and Rushine de Reuck. Shalulile, who boasts 16 goals across all tournaments this season, was ruled out with injury while De Reuck and Mkhulise were spared as a precautionary measure.

The absence of De Reuck saw Brian Onyango take his slot to partner with Mosa Lebusa in the heart of defence.

Chiefs started with Leonardo Castro upfront, with usual starter Nurković settling for a spot on the bench.

The hosts dominated the proceedings in terms of ball retention in the first stanza. However, Chiefs still created better goalscoring opportunities, with Castro and late first-half sub Zuma guilty of missing those chances. Zuma replaced the injured Khama Billiat on the stroke of halftime.

Poor marking and an all-round shaky defending from the likes of Eric Mathoho, Philani Zulu and Daniel Cardoso gifted the Brazilians the goal in the 35th minute after Sirino rounded Chiefs goalkeeper Itumeleng Khune before slotting home from a tight angle.

Sundowns continued to control the game in the second half until Amakhosi rose from their ruins inspired by sub Nurković midway through. Nurkovic’s deflected shot in the 72nd minute drew Chiefs level.

The equaliser invigorated the Sowetans as they soon doubled their advantage via Zuma, who was teed up by Njabulo Blom two minutes after Nurković’s goal.

Lamontville Golden Arrows missed an opportunity to cover solid ground on Premiership leaders Mamelodi Sundowns after they were held to an away ...
Sport
1 year ago
Next Article