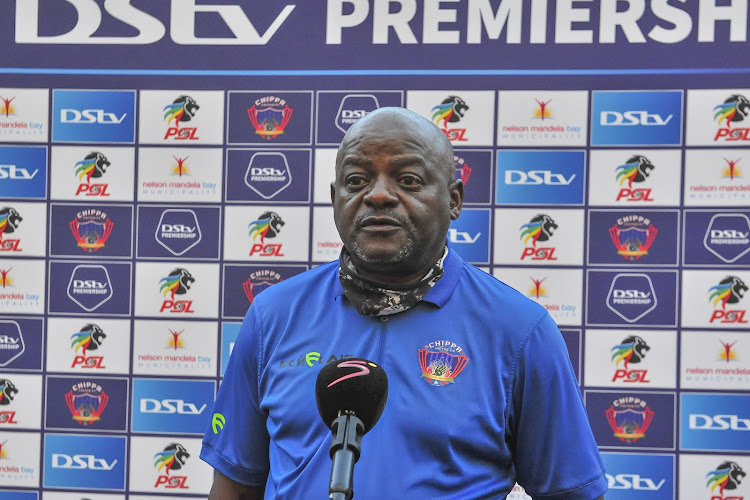 Dan Malesela insists that he's still on course to take struggling Chippa United into the DStv Premiership's top eight despite losing 3-0 to Orlando Pirates at the Nelson Mandela Bay Stadium on Saturday.

The Eastern Cape side remain in the relegation zone after four successive home matches without a win.

They went into the Pirates match already under pressure after picking just three points from three draws in previous home matches against TS Galaxy‚ Bloemfontein Celtic and Cape Town City.

But Malesela‚ who is in his fourth stint with the Gqeberha-based club‚ said he was far from throwing in the towel despite managing just two victories in 10 league matches since he re-joined Chippa in January.

“The target is to get away from where we are and get into the top eight‚” Malesela said after the loss‚ the third in the league since his come-back.

“We still have a little bit of time although I don’t want to start counting games. I want us to get these games and say this one is here we need to get something.

"We need to start getting the points because we’re playing at home as well.

“The saddest part is that we have so many injuries‚ but I hope the players that are available can be able to sustain it and be able to handle the pressure we’re being subjected to.”

Chippa have another tough home league match against the fired up AmaZulu FC on Wednesday and Malesela said his players must adapt to the hectic league programme and start getting the vital points.

“This kind of programme needs character and people that are hungry for wins and all of that‚” he said.

“But I’m very optimistic and I’m sure a lot of people saw that if we really want to push‚ we can. I’m really optimistic we’ll get points as soon as the time is right.

"We really have to push ourselves and get the points.

"You can imagine if we went to the half time break at 0-0 with Pirates‚ then things would have been different. “

Malesela said a few of his players had an off-day in Saturday’s match‚ particularly in the first half in which they conceded the two opening goals.

“It’s a game in which we made mistakes and the first one was to succumb under pressure because they were pressing. But these are things that we’re used to and we should be able to handle it.

“I did speak to the players (at half time) and I’m not one to shy away from telling or substituting you when things are not working well.

“Sometimes substituting players is not because you want to have the change on the field.

“I did have a chat with them‚ hence we had one change at half time. We went with two strikers and we wanted to play a little direct than the usual way.

“It seemed to be working but unfortunately the goals were not forthcoming.”