Chilly Boys fail to do double over Citizens 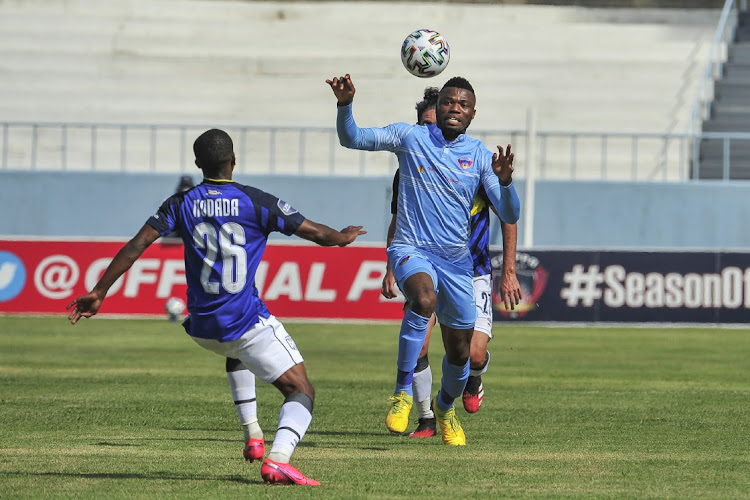 Chippa United's attempt to sneak a quick double over Cape Town City was thwarted as the sides played to a goalless draw in their DStv Premiership clash at a misty Sisa Dukashe Stadium in Mdantsane yesterday.

In a game of few chances, both teams lacked that killer touch in front of goal.

The teams met in the Nedbank Cup last 16 at NMB Stadium on Sunday and could not be separated in regulation time with Chippa eventually stealing victory in the 116th minute.

The Chilli Boys had a chance to grab all three points in the dying minutes of the game when Peter Maloisane had the goal at his mercy but failed to score from close range.

Chippa coach Dan Malesela will settle for the point but he will have been confident of taking maximum points heading into the game. The one point will keep their noses above the relegation zone but stronger opposition awaits them in Orlando Pirates at NMB Stadium on Saturday.

In the first half it was the visitors who went seeking an early goal but they were denied by the Chilli Boys' goalkeeper Ayanda Mtshali. The Citizens kept running at Chippa’s goal looking for that lead and in the 12th minute Justin Shonga received a cross from Mpho Makola but his strike hit the side netting.

Ten minutes later, Chippa's Nyiko Mobbie found an opening in the Citizens' defence but shot straight at the goalkeeper.

The Cape side continued with their dominance in the second half but their attempts proved fruitless. In the 51st minute Thabo Nodada made a run before finding Aubrey Ngoma, but his shot went wide.

Chippa made a double change in an attempt to turn up the heat with Cameroonian striker Bienvenu Eva Nga coming on for Augustine Kwem, while Thanduxolo Booi was replaced by Maloisane. Soon after that City coach Johannes Olde Riekerink made a triple change.

Bradley Ralani came in for Ngoma‚ while Nodada was replaced by Mduduzi Mdantsane. In the third change, Craig Martin came in for Fagrie Lakay.

Chippa United's attempt to sneak a quick double over Cape Town City was thwarted as the sides played to a goalless draw in their DStv Premiership ...
Sport
10 months ago

A question on whether Orlando Pirates should be considered serious DStv Premiership title contenders as they hit form in the crucial death end of the ...
Sport
10 months ago

'We should not fear Pirates'

Having just joined from Chippa United earlier this week, Maritzburg United defender Ryan Rae has, in the face of poor form, encouraged his new ...
Sport
10 months ago
Next Article