Coach feels Downs are too far ahead 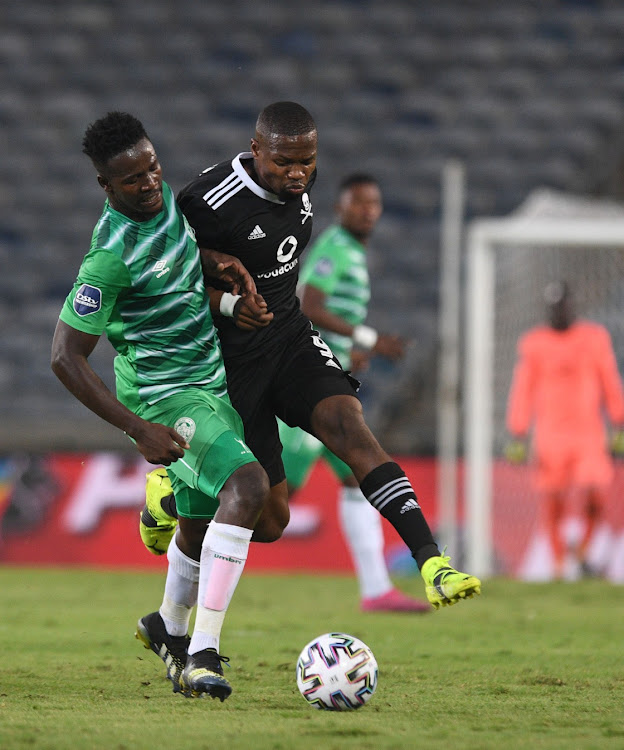 Orlando Pirates still have a chance to lift the DStv Premiership title this season, but coach Josef Zinnbauer feels it will be difficult for them to beat current log leaders Mamelodi Sundowns to it.

The Buccaneers edged Bloemfontein Celtic 1-0 on Tuesday to move third on the log table with 32 points from 19 matches, four behind Sundowns.

But Zinnbauer’s charges have played three games more than Sundowns, hence the German mentor feels it is almost impossible for them to talk about winning the title.

“We don’t have the same games with the other teams, and Sundowns have three games in hand,” Zinnbauer told the media after the game.

“We can speak about that maybe in the next few weeks when we all have the same number of games. The focus for me now is the next game against Chippa United [on Saturday], then after that, it is the CAF Confederation Cup and the Nedbank Cup.

“That’s what we need to focus on, not on the titles or other things. The important thing now is to get the players a recovery and hope in the next game gets the better performance, not like today.”

For Pirates to have any chance of winning the title, it will need a massive collapse from Sundowns in the last matches, while they put together a good run of results.

“I have to accept as a coach that not all games are going to be the same. But what is important is the results. In the past, we had better performance but got a draw,” he said.

“I’m happy with these three points as we move to third on the table."

What was encouraging for the 50-year-old was to see strikers Tshegofatso Mabasa and Gabadinho Mhango returning to the side.

Both players were out with injuries for a while, and Zinnbauer is pleased that he will have more options.

“We are happy to get the strikers back now... Mabasa and Mhango were long out, and they need time to get their match fitness back.

“[Thembinkosi] Lorch will come back on Saturday as well and Terrance Dzvukamanja. Thabang Monare will also return, and we will have more options against Chippa.”

Orlando Pirates may end up playing all their CAF Confederation Cup group stages fixtures in neutral venues as their opponents have already imposed ...
Sport
7 months ago

Orlando Pirates, struggling with inconsistency at tail end of 2020 and start of 2021, have hit form again, methodically notching another DStv ...
Sport
7 months ago
Next Article