Sundowns now have an idea of their best XI 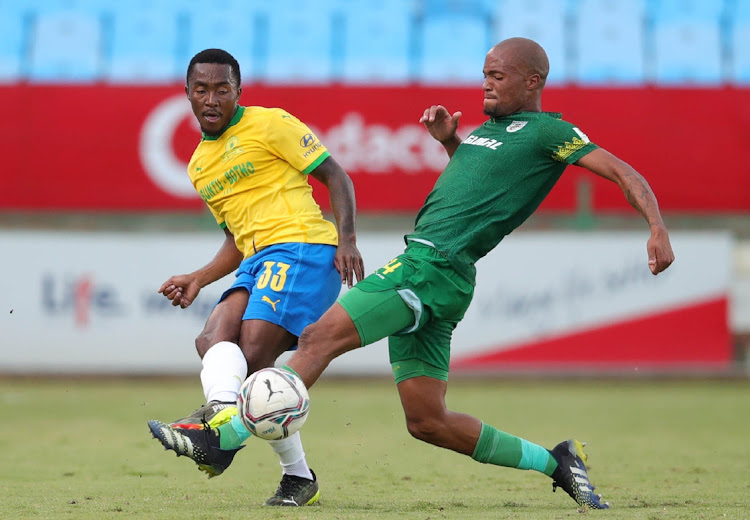 After months of constantly altering the starting team due to injuries and other medical reasons, Mamelodi Sundowns co-coach Manqoba Mngqithi has indicated they’re almost at a stage where they’re at liberty to field one line-up consistently.

Speaking after their 2-0 DStv Premiership win over Baroka at Loftus Versfeld Stadium, where Gaston Sirino and Peter Shalulile were on target, Mngqithi gave the sense they now know their best XI.

“We’re happy that now we are almost at a stage where we’re injury-free. I think it’s only one or two players that are still out with injuries. Those players are [Mauricio] Affonso and Brian Onyango, who’s getting better as well,’’ said Mngqithi.

“The group is beginning to gel, there’s a little bit of consistency in the team in terms of our line-ups, unlike before we’d change four, five players at times and even six in one of the matches.’’

The Downs mentor also heaped praise on Sirino as the 29-year-old appears to have rediscovered his mojo after a botched attempt to reunite with previous coach Pitso Mosimane at Egyptian giants Al Ahly.

“We know what he [Sirino] gives to the team. It is always difficult for a player to really concentrate on his game when there are transfer issues around. But as soon as Sundowns made a clear decision that they’re keeping Gaston, Gaston came back and helped the team,’’ Mngqithi said.

“Make no mistake, he’s a very good boy. He’s not as mad as people think. He knows we believe in him. We’ve got a very good team and he knows that, which is also a big advantage that even when he wasn’t playing the team was winning. He also likes the game ... he wants to play every match.’’

Yesterday the Brazilians, who enjoy a five-point lead at the top of the Premiership, left SA for Algeria where they face local side CR Belouizdad in a CAF Champions League Group B match on Tuesday (3pm SA time).

On the other hand, Baroka coach Matsimela Thoka has vowed they will claim maximum points in the Limpopo derby against Black Leopards at Peter Mokaba Stadium tomorrow (5pm).

“We are facing a very tough opponent in Leopards; it’s a derby. We can’t afford to lose two games in a row. The Leopards game is a must-win for us,’’ noted Thoka.

Mamelodi Sundowns’ Caf Champions League Group B match against CR Belouizdad on Tuesday has been postponed due to “further medical restrictions in ...
Sport
11 months ago

Champions Sundowns stretch their lead at the top to five points

The well-oiled Mamelodi Sundowns machine continues to roll on.
Sport
11 months ago
Next Article